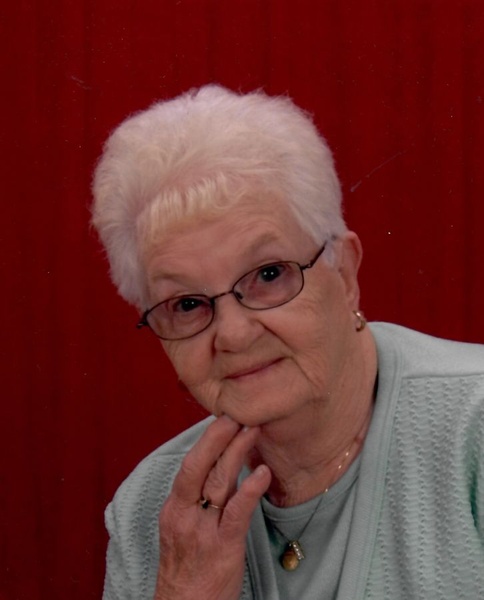 MILLERSBURG- Alice Josephine Ayers, age 90, of Millersburg, died Friday, May 7, 2021, at her home.
Alice was born May 29, 1930, in Wellman, the daughter of Jay and Carrie (Bell) Moore. She grew up in Washington and San Diego, California. On August 20, 1949, Alice married Robert Lee Ayers in Davenport. The couple lived and raised their children in Wellman. Alice worked as a bookeeper for the National Guard, was a supervisor of custodial staff at the United Presbyterian Home in Washington and was manager at Autumn Park for 10 years until retiring and moving to Millersburg in 1991. She enjoyed crocheting, quilt making, puzzles and playing solitaire.
Survivors include nine children: Sandra Snow of West Amana, Richard Ayers of North English, Robert (Sherry) Ayers, Jr. of North English, Rick (Mary Lou) Ayers of North English, Carolyn (Greg) Wolffer of Victor, Trudy (Gordon) Dietze of Millersburg, Patty Hudson of Valparaiso, Nebraska, Brett Ayers of Iowa City and Tracy Ayers of Iowa City; numerous grandchildren, great grandchildren and great great grandchildren. She was preceded in death by her parents; husband: Robert; daughter: Shirley Ayers; five brothers: Murray, Earl, Harold, Raymond and Lyle Moore and one sister: Opal Goodwin.

Celebration of Life Memorial Service will be held at 12:00 pm on Tuesday, May 11, 2021 at Powell Funeral Home in North English. Burial will be at Millersburg Cemetery. Visitation will be from 10:30 am until 12:00 pm on Tuesday at the funeral home.

A memorial fund has been established for Essence of Life Hospice. Powell Funeral Home and Cremation Service in North English is caring for Alice and her family. Tributes may be made at www.powellfuneralhomes.com.

To order memorial trees or send flowers to the family in memory of Alice J Ayers, please visit our flower store.