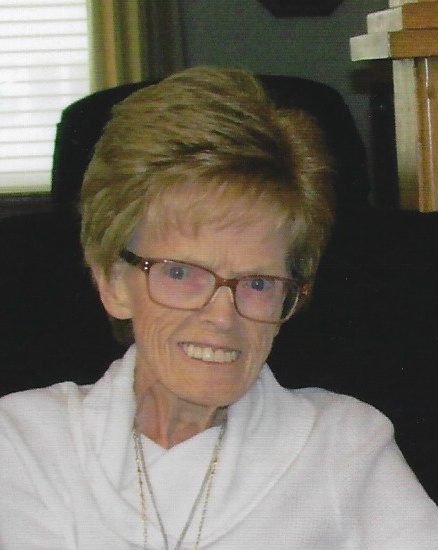 Williamsburg-Alice Jane Stahl Prince was born April 19, 1931 southeast of Williamsburg, Iowa the daughter of Elias "Casey" and Sadie (Evans) Jones. She graduated from Williamsburg High School in1949 and Mercy School of Nursing in Cedar Rapids in 1952. Alice was united in marriage to Lorren D. Stahl on June 27, 1954 at her parents home. To this union they were blessed with four children. Lorren died January 19, 1965. Alice later was united in marriage to James B. Prince on December 27, 1973 in Kirkville, Missouri. Jim died May 28, 1997. Alice has worked at D.F. Miller Hospital, Williamsburg School District nurse, D.O.N. for Rose Haven Nursing Home in Marengo and Oakdale Correctional Center in Coralville. She was active in the Ladies VFW Auxiliary Post #8797, St. Paul United Methodist Church in Williamsburg where she had served as Sunday School Superintendent, Red Hats and "UNO" card group. She enjoyed traveling internationally with her kids and grandchildren, "porch time", spending time with family and friends and hosting Hawkeye football Saturdays. Her favorite day of the year was Christmas Eve with her family. Alice passed away Easter morning at her home with her family by her side at the age of 88.

As "Mom" would say "Have a great day today, that's exactly what I'm going to do!'

Private family service will be held on Thursday, April 16, 2020. Due to COVID-19 gather visitation will be Wednesday, April 15, 2020 from 10:00 am to 1:00 pm at Powell Funeral Home (The family will not be present at this time). A drive in visitation will be Wednesday from 4:00 to 6:00 pm in the Powell Funeral Home parking lot. The family will greet friends from their cars, everyone will remain in your cars please come in the North Drive. Powell Funeral Home in Williamsburg is caring for Alice and her family. Memorial contributions in memory of Alice may be designated to St. Paul United Methodist Church or Iburg Poulson VFW Post #8797 Ladies Auxiliary in c/o Powell Funeral Home, PO Box 269, Williamsburg, Iowa 52361. Messages and tributes may be left at www.powellfuneralhomes.com.

To order memorial trees or send flowers to the family in memory of Alice Stahl Prince, please visit our flower store.