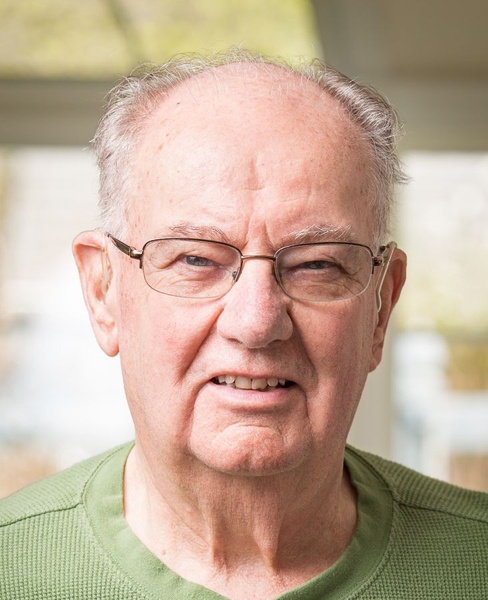 Alvin Jesse Miller was peacefully welcomed to his heavenly home on November 23, 2020. He was born to Cyrus J "C. Jay" and Dinah (Miller) Miller on July 10, 1935 in Sharon Center, Iowa and was a lifelong resident of Kalona, Iowa. He attended grade school at Prairie Dale & Brush #1 in Frytown. After graduating from Iowa Mennonite School in 1954, he married the love of his life, Marianna (Gingerich) on November 18, 1955 and together they raised five children. He and Marianna spent the first two years of their marriage in Grants, New Mexico in Mennonite Voluntary Service. Each summer he took his young family camping out West in a station wagon and pop-up camper. He liked attending his children's school, church, and sports events. Later, he and Marianna spent time travelling to visit grandchildren, and with tour groups. Alvin started each morning at his kitchen table with his Bible, a devotional book and a cup of coffee. He was active in East Union Mennonite Church where he taught Sunday School, and was involved with the early years of Crooked Creek Christian Camp. Alvin continued to serve others throughout his life by driving for Pleasantview Home, cleaning the Crowded Closet in Iowa City, going on disaster relief missions with Mennonite Disaster Service, and sponsoring several children. Alvin's first job at age 12 was working at the Frytown gas station Hosty's, where he pumped gas and cleaned windshields. His earnings went to his Pop and the family. He later worked at Paul Brenneman's Chrysler, the Washington County Farm Store in Kalona for 12 years, and Proctor and Gamble in Iowa City for 27 years where he retired in 1995. For several years he repaired tractors as a side job, and later "operated" "Al's Bike Shop" in his garage where he sold and repaired bicycles. He got rather good at table tennis (not "ping pong") and competed regularly with a table tennis club in Iowa City. The same with bicycling long distances with his family, including several rides across Iowa, and the Iowa City Bicycle Club, which culminated in a ride across the U.S. after he retired. He was an active member of the Kalona Optimist Club, and coached little league for a bit. He spent time documenting his family genealogy.
Alvin is survived by his wife, Marianna, his children, Alan J. (Kathy Saenz) of Gibsonia, PA, William D. (Kimberly) of The Woodlands, TX, Herb (Kathy) of Maquoketa, IA, Yvonne (Frank Nixon) Miller Nixon of Hammond, LA, and Chad (Annika) of West Lafayette, IN; his grandchildren, Jacob, Michael and Christopher Miller, Benjamin (Kelsey) Miller, Andrew (Elizabeth) Miller, Thomas (Kaylin) Miller, Daniel (Allie) Miller, Isaac (Nicole) Miller, Caleb (Ashley) Miller, Oliver Nixon, Maximilian and Adina Miller; twelve great grandchildren; and his brother Dale (Linda) Miller.
He was preceded in death by his Mom and Pop, sisters and brothers-in-laws Mary (Marvin) Yoder, Elnora (Dave) Borntrager, Eldora (Alvin) Flat, Veva (Melvin) Hershberger, Donna Biggerstaff; his nephews and nieces Kathy Herschberger, Marcia (Herschberger) Watkins, Carla (Yoder) Brunk, and Dave Borntrager, Jr.
Alvin's immediate family will hold a private graveside service at East Union Mennonite Church.
Condolences and memories can be sent to Marianna at her son's home where she is visiting through the New Year: C/O Alan Miller, 4916 Oakhurst Ave, Gibsonia, PA 15044. In lieu of flowers, please consider memorials to East Union Mennonite Church, Pleasantview Home, or Mennonite Disaster Service (MDS.) Yoder-Powell Funeral Kalona is caring for Alvin and his Family Message and tributes my be left at www.powellfuneralhome.com

To order memorial trees or send flowers to the family in memory of Alvin J. Miller, please visit our flower store.