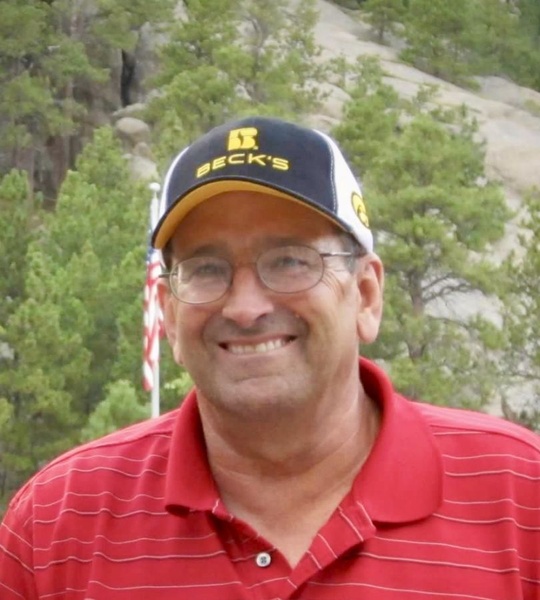 A farmer loves and trusts the Lord, loves his family and friends unconditionally, cares for the land and animals he tends - Tony was the ultimate farmer.

Anthony (Tony) C. Gretter was born April 4, 1955, in Ottumwa, to John Robert and Bertha (Fladung) Gretter. He attended school in Harper and Keota, graduating from Keota High School in 1973. He married Pam Coffman on August 4, 1978, at St. Elizabeth's Church in Harper. Tony farmed and worked at WC Gretter & Sons. He was a member of Holy Trinity Parish and the Knights of Columbus. He always felt blessed that he had two children and doubly blessed when they gave him five grandchildren. Tony enjoyed life - his family, friends, work, playing cards, his dogs, nature, good jokes, cooking on his grill and in his Dutch ovens. He never knew a stranger and was always willing to lend a helping hand.
Tony's final harvest was spent working alongside his family and those he loved the most. He passed away on October 30, 2020, in Harper, at the age of 65, of what he'd call an "unfortunate accident," but Beth would tell him, "The good Lord doesn't have accidents, he has plans." He's farming now where the crops grow abundantly and there are no breakdowns.

Memorial mass will be held on Saturday, November 14, 2020, at Holy Trinity Parish - St. Mary Catholic Church in Keota. The service will be recorded on the Powell Funeral Home facebook page. Inurnment will be at Holy Trinity Cemeteries - St. Elizabeth Cemetery in Harper. Celebration of Life Gathering will be from 2:00 p.m. until 5:00 p.m. on Saturday, November 14, 2020, at the K.C. Hall in Harper. Mask usage is strongly encouraged at the gathering.

Memorials will be used for a special project at Lake Belva Deer. Powell Funeral Home and Cremation Service in Keota is caring for Tony and his family. Tributes may be made at www.powellfuneralhomes.com.

To order memorial trees or send flowers to the family in memory of Anthony C (Tony) Gretter, please visit our flower store.