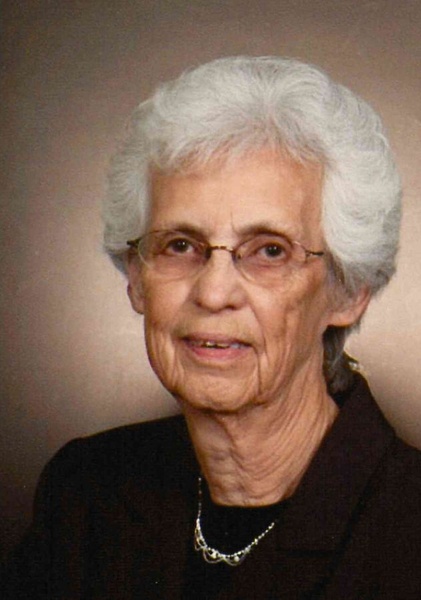 Kalona- Barbara Darlene Schlabach was born January 27, 1929, in Johnson County, Iowa. The daughter of Mahlon and Kate (Miller) Schlabaugh. She attended rural school. Barbara was united in marriage to Raymond C. Schlabach on November 24, 1949 at Fairview Mennonite Church near Kalona. She volunteered at the Crowded Closet in Iowa City. She enjoyed quilting, working on the farm and spending time with family. Barbara was a member of the East Union Mennonite Church. Barbara passed away on Sunday, November 29, 2020 at Mercy Hospital in Iowa City at the age of 91.

She is survived by three daughters, Linda (Chris) Tones of Iowa City, Lou (Jerry) Miller of Kalona and Kathy Schlabach of Iowa City; two grandsons, Shane Miller Portland, OR and Brett Miller Iowa City; three step grandchildren, Melissa (Mike) Vogel of Des Moines, Nick Tones of Fort Collins, CO and Caitlin Tones of Davenport; a sister, Gladys Schlabaugh of Kalona and a brother, Emil Schlabaugh of Kalona. She was preceded in death by her parents, husband and three brothers, Ralph and Delmar (Shorty) and Omar (Pete) Schlabaugh and a sister Idella Brenneman.

Private family graveside services will be held on Tuesday, December 1, 2020 at East Union Cemetery near Kalona. Memorial fund has been established for the Crowded Closet. Yoder-Powell Funeral Home in Kalona is caring for arrangements. Messages and tributes may be left at www.powellfuneralhomes.com.

To order memorial trees or send flowers to the family in memory of Barbara D Schlabach, please visit our flower store.