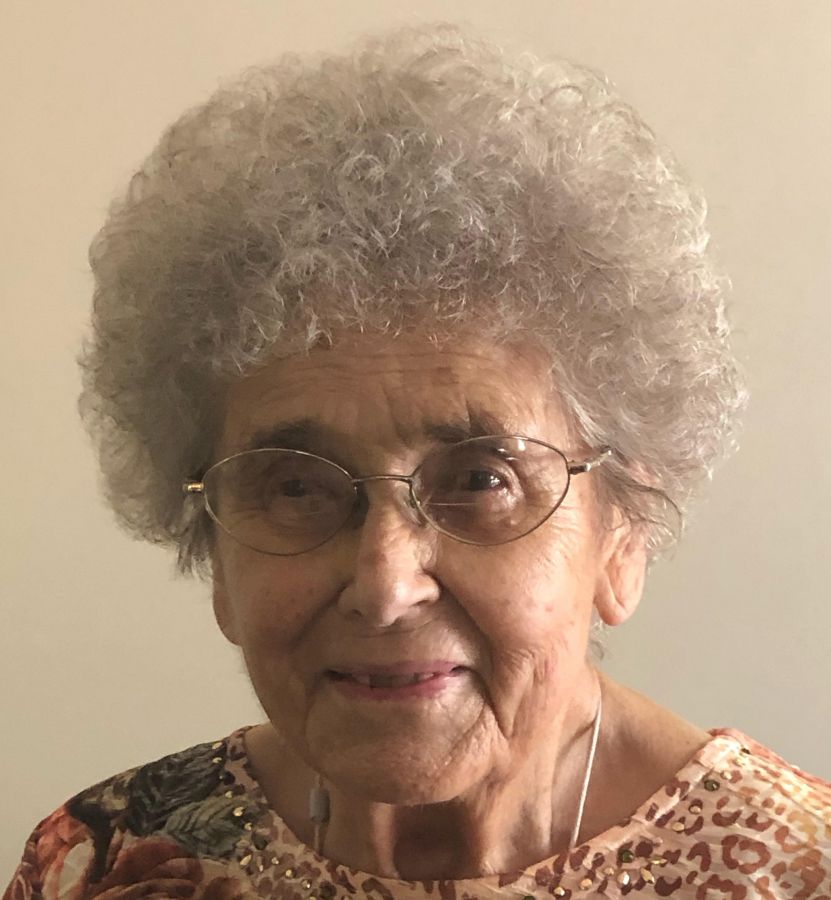 Berdine Beckler, 95, of Kalona, passed peacefully into the loving arms of her Lord and Savior on December 19, 2020, at the Pleasantview Home. Berdine was born October 19, 1925 in Wood River NE, the daughter of Joseph and Anna (Stolzfus) Stutzman. She attended school at Plainview District #16 in Wood River, NE. Berdine was united in marriage to Clifford Beckler on April 20, 1944 near Keota, Iowa. They spent the first years of married life in CPS Service in California and Wisconsin. Upon returning they settled near Wellman, and she spent many years as a homemaker, raising her four children, and helping her husband farm. Together they enjoyed many years traveling and visited all 50 states. She later was employed as a cook at Iowa Mennonite School and enjoyed volunteering at the Crowded Closet and the Senior Dining Center in Iowa City. Family was very important to Berdine. She loved entertaining guests in their home, gardening, playing cards, bowling, and spending time with her family, grandchildren, and friends. She was a member of the Wellman Mennonite Church.

A private family service will be held Saturday December 26 at 11:00 AM . Burial will be at the Wellman Mennonite Cemetery. In lieu of flowers, memorials may be given to Pleasantview Building Fund or the Wellman Mennonite Church. Powell Funeral Home is caring for the Beckler family tribute and messages may be left at www.powellfueralhomes.com

To order memorial trees or send flowers to the family in memory of Berdine Elizabeth Beckler, please visit our flower store.