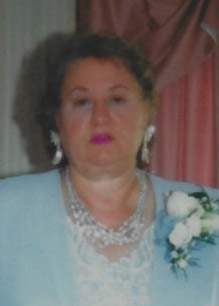 Parnell- Bernice Belknap Conlon was born January 28, 1931 in East Providence, Rhode Island, the daughter of George and Bertha Louise (Ballou) Crowley. Bernice is a decedent of the Ballou's of America and James Garfield. She grew up in Rhode Island and later resided in Chelsea, Iowa, California, Ladora and recently resided in Parnell. Bernice was united in marriage to John "Jack" Conlon on May 23, 1981 in Providence, Rhode Island. She was a devoted wife and mother. Bernice enjoyed talking about her children, crocheting, knitting, cooking and singing. Bernice passed away on Thursday, July 11, 2019 at the English Valley Care Center in North English at the age of 88 years.

To order memorial trees or send flowers to the family in memory of Bernice Belknap Conlon, please visit our flower store.