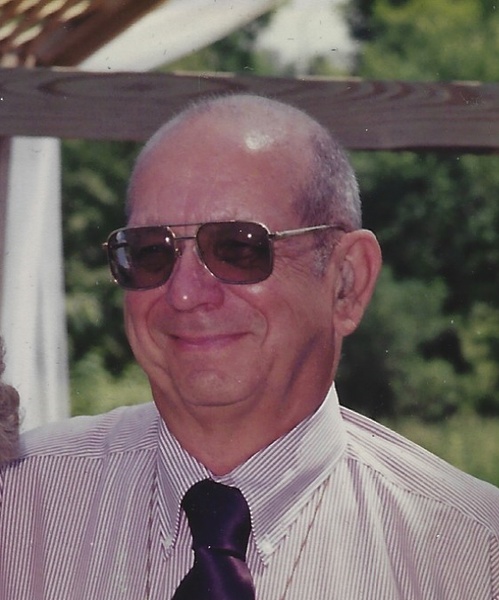 SIGOURNEY-Carl “Skip” Jemison, age 90, of Sigourney, died Tuesday, March 29, 2022, at Manor House Care Center in Sigourney.
Skip was born July 13, 1931, in Keosauqua, to Maurice and Edith (Kriess) Jemison and graduated from Keosauqua High School in 1950.  He then served in the U.S. Army from 1952 until 1954 during the Korean Conflict.  Skip married Gelene Sutphin in 1955.  She passed away in 1959.  On January 15, 1960, he married Joanne Madden in Des Moines.  The couple lived in Oskaloosa until 1966, when they moved to Sigourney.  Skip was a carpenter, cement finisher and bricklayer for J & S Construction until his retirement in 1996.  He built Pizza Huts in several states during his working career.  Skip was a member of the Sigourney United Methodist Church, where he served on the Board of Trustees, Administrative Council and was custodian.  He was also a member of American Legion Post #19 in Sigourney.  Skip coached little league baseball and softball for several years and enjoyed growing flowers, gardening, baking, especially cinnamon rolls, and doing needle point.
Survivors include three daughters: Kathy Minks-Foust of Williamsburg, Sheryl Jemison-Wood of Morrisville, Pennsylvania and Lindy (Mike) Jemison-Hammes of Sigourney; one son: Randall Jemison of Texarkana, Arkansas; 11 grandchildren and many great grandchildren.  He was preceded in death by his parents; wives: Gelene and Joanne; daughter: Karen Minks-Greiner; grandson: Jimmy Foust, sons-in-law: Dan Wood and Rick Foust and three brothers: Retson Jemison, Marion Jemison and Larry Jemison.

Funeral service will be held at 3:00 p.m. on Saturday, April 2, 2022, at Powell Funeral Home in Sigourney, with Rev. Cathy Nutting officiating.  Burial will be at Harness Cemetery in Mt. Sterling, Iowa, at a later date.  Visitation will be from 1:00 p.m. until 3:00 p.m. on Saturday at the funeral home.

A memorial fund has been established for the Sigourney United Methodist Church, Sigourney Ball or Essence of Life Hospice.  Powell Funeral Home and Cremation Service in Sigourney is caring for Skip and his family.  Tributes may be made at www.powellfuneralhomes.com.

To order memorial trees or send flowers to the family in memory of Carl "Skip" Jemison, please visit our flower store.