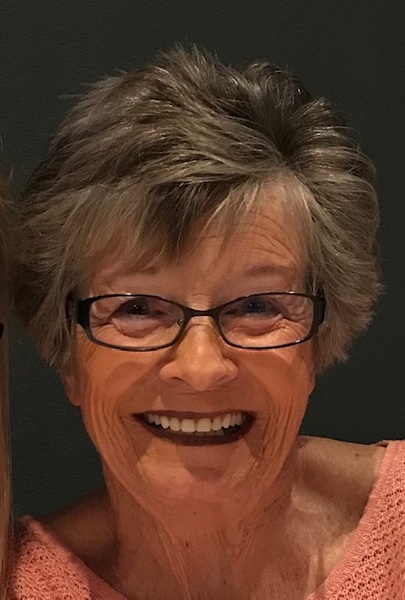 Oxford- Carol Jean Eggert was born October 5, 1950 in Cedar Rapids, Iowa the daughter of Melvin and Kathryn (Scaffinger) Daywitt. On March 11, 1972 she was united in marriage to Leland Webert. To this union they were blessed with three daughters. He passed away on April 30, 1991. On September 14, 1996 Carol was united in marriage to Jonathan Eggert. She retired working from Colonial Bakery, Clear Creek-Amana School District and ARC of Johnson County. Carol enjoyed having garage sales and selling little fences, spending time with family and friends and meeting new people. Carol passed away Sunday, April 28, 2019 at her home in Oxford at the age of 68 years.

Carol is survived by her husband: Jon of Oxford; 3 daughters: Tami (Jeremy) Brenneman of Parnell, Adrienna (Steve) Burdick of Oxford and Kerrie (Eric) Kolsto of Amana; two step children: Tony (Jacque) Eggert of Solon and Tara Wentzel Columbia Heights, MN; 18 grandchildren; a brother: Dean (Jackie) Daywitt of Colorado and a sister-in-law: Chris Daywitt of Spanish Fork, UT and her beloved dog Ceaser. She was preceded in death by her parents, husband Leland, two brothers: Ron in infancy and Garry Daywitt.

A Celebration of life Memorial Service will be held 11:00 am Friday, May 3, 2019 at the Powell Funeral Home in Williamsburg. Burial will be in the St. Paul Lutheran Cemetery. Visitation will be Thursday from 4:00 to 7:00 pm. A memorial fund has been established for Grace Community Church in North Liberty and Essence of Life Hospice in Amana. Messages and tributes may be sent to the family at www.powellfuneralhomes.com

To order memorial trees or send flowers to the family in memory of Carol Jean Eggert, please visit our flower store.