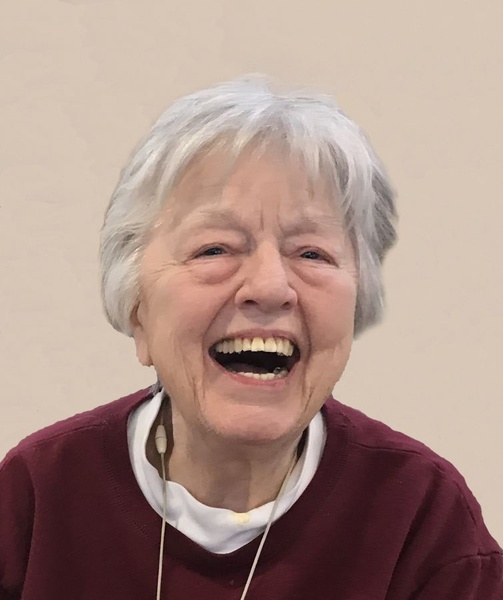 OSKALOOSA-Charlene Orndorff, age 83, of Oskaloosa, formerly of Libertyville, Illinois, died Saturday, May 2, 2020, at Northern Mahaska Specialty Care in Oskaloosa.
Charlene was born December 21, 1936, in Keota, to Bruce and Mary (Greenwood) Stoutner. She graduated from Keota High School in 1955 and attended the University of Iowa for two years. She married George Orndorff and they were later divorced. Charlene worked as a secretary in Chicago for several years, mainly for Beatrice Foods. She was a member of First Presbyterian Church in Libertyville, Illinois, a bridge club, the Chicago Farmer and enjoyed Elvis Presley, social gatherings, downtown Chicago and traveling.
Survivors include her sister: Lois Anderson of Keota; four nieces and nephews: David Anderson of Burlington, Lisa McArtor of Westminster, Colorado, Mark Anderson of Keota and Jeff Anderson of Oskaloosa; seven great nieces and nephews and 14 great great nieces and nephews. She was preceded in death by her parents.

Memorial service will be held at 10:00 a.m. on Saturday, May 9, 2020, at Powell Funeral Home in Keota. There will be no visitation. Burial will be at Keota Cemetery. Social distancing will be enforced and mask use is strongly encouraged.

A general memorial fund has been established. Powell Funeral Home and Cremation Service in Keota is caring for Charlene and her family. Tributes may be made at www.powellfuneralhomes.com.

To order memorial trees or send flowers to the family in memory of Charlene Orndorff, please visit our flower store.