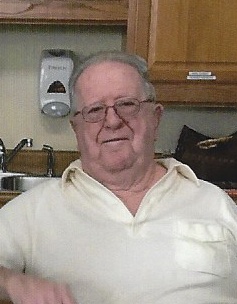 Williamsburg-Charles Keith Stithem was born November 7, 1930 in Hotchkiss, Colorado. The son on John and Daisy (Corsaut) Stithem. Charles enlisted in the United States Navy which he served for 36 years until his retirement. He was united in marriage to Elizabeth Higbee in 1953. They were blessed with five children. They later divorced. Charles later married Marlys Kay Tschopp on February 16, 1983 in Las Vegas, NV. They moved to Williamsburg to close to her family. Charles passed away on Tuesday, May 12, 2020 at Highland Ridge Care Center in Williamsburg at the age of 89.

Celebration of Life Service will be held 10:30 am Friday, May 22, 2020 at Powell Funeral Home in Williamsburg. Burial will be at Immanuel Lutheran Cemetery with military rites. Messages and tributes may be left at www.powellfuneralhomes.com.

To order memorial trees or send flowers to the family in memory of Charles Stithem, please visit our flower store.