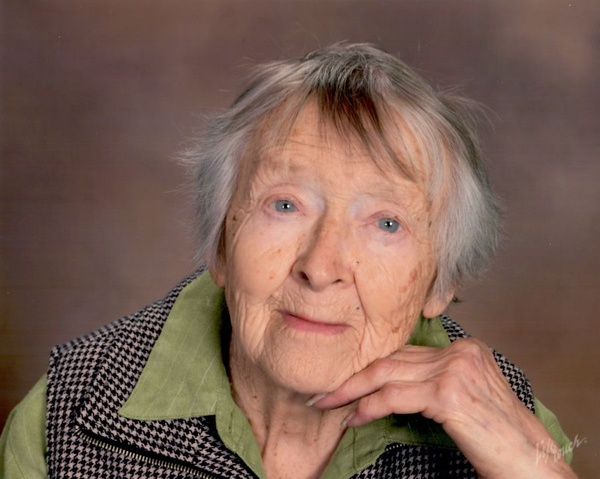 North English- Charlotte Louise Smith was born on November 15, 1925, near Frytown, Iowa, to James Charles and Leola Emily (Davis) Hotka. She grew up roller skating around Sigourney, moved to east of North English as a high school sophmore and graduated from North English High School in 1943.

She married Robert R. Smith in North English on December 29, 1945. They were the parents of seven children: Louise Avery, Jim (JoAnn), Lorrie and Kevin all of North English; Bonnie (Bill) Miller of What Cheer; David (Chris) of Tiffin and Brenda Smith-Custer of Overland Park, Kansas.

She worked at the grocery stores in North English for Dow Mason, Barney Morgan and Bob Casteel, picked tomatoes for Doc Berry and was a cook at EV Schools for 25 years, retiring at age 74. She was a hard worker and loved the outdoors.

The family would like to thank Ronda Yoss for her loving care for Charlotte.

A private family service will be held at St. Joseph Catholic Church in North English. Burial will be in the North English Cemetery. Memorials may be given to Safe Haven of Iowa County or the English Valleys Citizen's Scholarship Fund. Powell Funeral Home in North English is caring for Charlotte and her family. Messages and tributes may be left at www.powellfuneralhomes.com

To order memorial trees or send flowers to the family in memory of Charlotte Louise Smith, please visit our flower store.