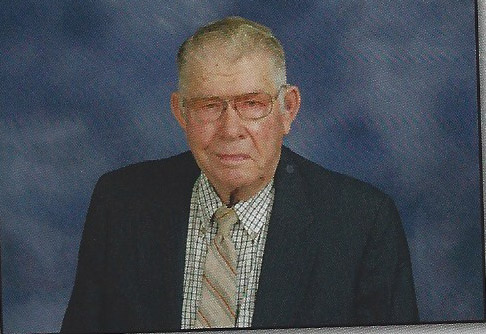 Millersburg-Dairyl Marvin Faas was born December 15, 1927 near Millersburg, Iowa, the son of Carl and Edna (Floechinger) Faas. He attended Millersburg High School. Dairyl served in the United States Army from 1946-1947. Dairyl was united in marriage to Edna Wardenburg on December 16, 1949 at St. Paul Lutheran Church in Williamsburg. He was a lifelong farmer in Iowa County. He was a past member of Trinity Lutheran Church in Millersburg were he served on a number of committees. He later became a member of St. Paul Lutheran Church in Williamsburg. He enjoyed dancing, playing card, traveling with Edna on trips and spending time with family. He truly enjoyed his Honor Flight trip in 2015. Dairyl passed away Tuesday, June 25, 2019 at the Highland Ridge Care Center in Williamsburg at the age of 91.

To order memorial trees or send flowers to the family in memory of Dairyl Marvin Faas, please visit our flower store.