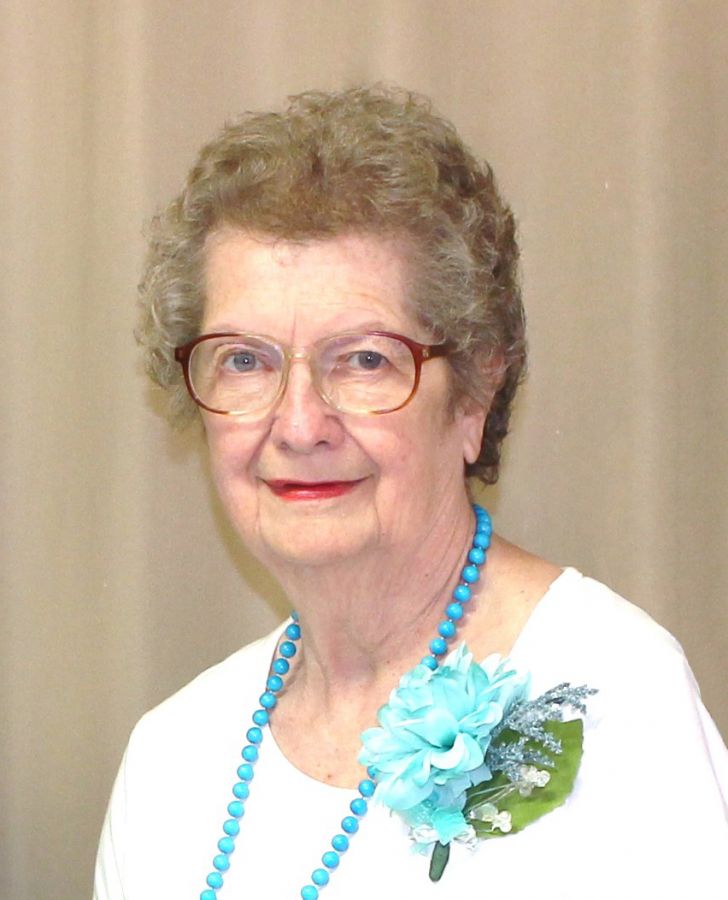 Williamsburg-Deloris Ann Doehrmann was born August 31, 1937 in Williamsburg, Iowa to Orlo Kenneth and Pauline Sophie (Teggatz) Collingwood. She was baptized at Trinity Lutheran Church in Millersburg in September 1938 and confirmed in June 1952. She attended Row's Hill country school and graduated from Millersburg High School in 1956. Deloris was united in marriage to Raymond Gilbert Doehrmann on September 13, 1957 at the Trinity Lutheran Church in Millersburg, after their marriage they lived on the Doehrmann family farm. Ray and Deloris were parents to 9 children. After the children reached adulthood Deloris worked for Holden's Foundation Seeds for 10 years and Monsanto for 5. She was a member of Immanuel Lutheran Church near Williamsburg, was the secretary/treasurer of AAL Branch 1668 for 31 years and worked on the Helping Hands projects. She was passionate about genealogy and family history. Most of all, she enjoyed spending time with family, regardless of whether it was immediate family or distant relatives. Deloris passed away Wednesday, March 20, 2019 at the University of Iowa Hospitals and Clinics at the age of 81 after collapsing at home Wednesday afternoon.
She is survived by her husband Raymond of 61 years; seven children: Anita (Chris) Hansen and Ralph Doerhmann all of Cedar Rapids, Beverly Smith of Cedar Falls, Catherine (Thomas) Crawford of South Carolina, Esther Hickman of Johnson Creek, WI, Arlen Doehrmann and Russell Doehrmann both of Williamsburg; 10 grandchildren: Heidi Hansen, Eric Hansen, Trischa Tucker, Bailey Smith, Amber Koffler, Emily Simpson, Robert Koffler, Carolyn Schams, David Hickman and Brian Hickman; 11 great grandchildren: Lexie Nelson, Roger, Rosemarie, Caleb and Myka Martin, Aiden, Lucas and Kylee Simpson, Sophia Koffler, Grace and Gwendolyn Schams; a brother: Kenneth (Carolyn) Collingwood; two sisters: Karen (Gene) Schmidt and Darlene Street all of Cedar Rapids and a sister-in-law: Connie Collingwood of Cedar Falls. She was preceded in death by her parents, 2 children: Victor Doehrmann and Dorene Doehrmann; a grandson: James Koffler and a brother: Lester Collingwood.
Celebration of Life Service will be 10:30 am Tuesday, March 26, 2019 at the Immanuel Lutheran Church near Williamsburg. Burial will be at Immanuel Lutheran Cemetery. Visitation will be Monday from 4:00 to 7:00 pm at the Powell Funeral Home in Williamsburg. A memorial fund has been established for Immanuel Lutheran Church or Lutheran Interparish School in Williamsburg. Messages and tributes may be left at www.powellfuneralhomes.com.

To order memorial trees or send flowers to the family in memory of Deloris Ann Doehrmann, please visit our flower store.