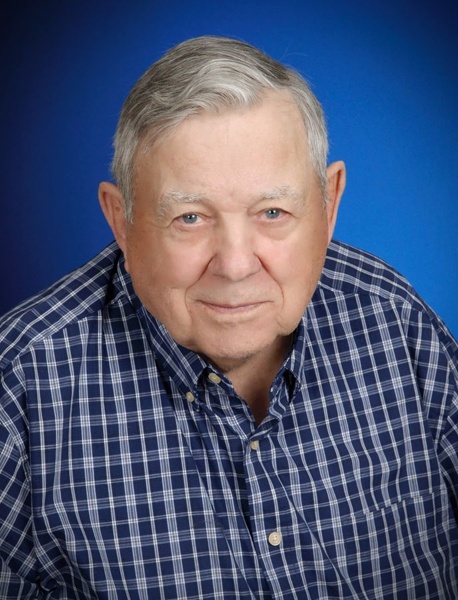 WEBSTER-Dennis Gent, age 88, of Webster, went home on Wednesday, December 18, 2019, at the Keokuk County Health Center in Sigourney.
Dennis was born April 2, 1931, in Kinross, Iowa, to Paul and Mary (Clarahan) Gent. He graduated from Kinross High School and served in the Army during the Korean Conflict. On July 31, 1954, he married Shirley Holderness. They were blessed with 10 children: Susan (Merlyn) Boege, Mike (Shirley) Gent, Rose (Lorren) McCammant, Deb (Rick) Rethman, Mary (Bob) Brandon, Connie (Mike) Davis, Angie (Jim) Elder, John (Beth) Gent, Kathy (Paul) Heeren and Tom (Amy) Gent. Dennis had three sisters: Henrietta (Frank) O'Connell, Pauline (Frank) McDonald and Ellen (Wayne) Morrison and six brothers: Raymond (Donna), Marvin (Karen), Hubert (Jeanette), John, Leo (Barbara) and Pat (Mary) Gent.
Dennis served on the English Valleys school board where he helped start the FFA program. He spent many years as a leader of the Lively Livestock 4-H club and, along with many others, built the Keokuk County Expo. He spent his life working on their farming operation, caring for his crops and hogs, but his passion was his Angus cattle herd. He watched with pride as his children showed their calves at local, regional and the state fair. He was honored as the Southeast Iowa 4-H father of the year. He liked to travel across the Midwest going to cattle sales.
Dennis always enjoyed the time spent in the combine, chopper and tractors bringing in the harvest on the family farm. Most of all he treasured time spent with his children, 28 grandchildren and 51 great grandchildren. He always had a smile, and treats were plentiful. He loved displaying pictures of his bountiful family on his walls. He felt truly blessed.
Dennis was preceded in death by his parents; two daughters: Connie and Susan; son-in-law: Gary Mather; brothers: John, Hubert and Leo; sister-in-law: Karen Gent and brother-in-law: Frank McDonald.

A general memorial fund has been established. Powell Funeral Home and Cremation Service in Sigourney is caring for Dennis and his family.

To order memorial trees or send flowers to the family in memory of Dennis Gent, please visit our flower store.