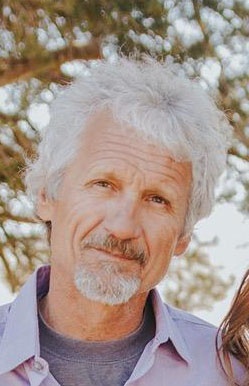 Conroy-Richard "Dick" Munson was born September 24, 1960 in Marengo, Iowa. The son of Dave and Fran "Livingston" Munson. He graduated from Williamsburg High School in 1979. Dick was united in marriage to Tami Kensler on April 1, 1989 at the Trinity United Church of Christ near Marengo. To this union they were blessed with two children. They later divorced. Dick worked for Fiser Construction for a number of years. He enjoyed hunting, fishing, playing pool, riding his Harley and drinking Budwiser. Dick passed away on Tuesday, March 16, 2021 at the Colonial Manor in Amana at the age of 60.

He is survived by his children, Stephanie (Adam) Potts of Marengo and Alex Munson of Conroy; his mother, Fran Munson of Williamsburg; three sisters, Pam (Doug Laningham) Boies of Williamsburg, Sheila Munson of Normal, Illinois, Christina (Dana) Libby of LeClaire; half brother, Lee (Erin) Monroe of Tiffin, his Ex-wife Tami and Ex-brother-in-law Jim (Carla) Boies and nieces and nephews, Elizabeth, Grant, Weston, Hayden, Reese and Eli. He was preceded in death by his father.

Celebration of Life Visitation will be 1:00 - 3:00 on Saturday, March 20, 2021 at the Powell Funeral Home in Williamsburg. The family is having a private family service at Oak Hill Cemetery in Belle Plaine. A general memorial has been established. Messages and tributes may be left at www.powellfuneralhomes.com.

To order memorial trees or send flowers to the family in memory of Dick Munson, please visit our flower store.