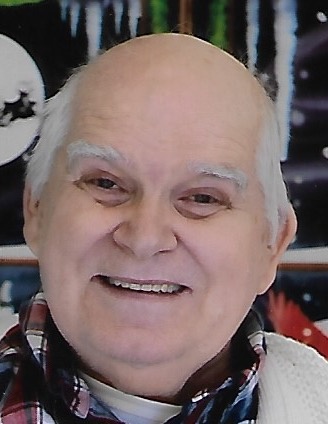 CORALVILLE-Donald Dean "Zinger" Glanz, 71, of Coralville, was called to heaven by his Lord Jesus Christ on Sep. 30, 2019 at Windmill Manor. A two-hour visitation from 5-7pm, followed by a funeral service to honor his memory, will be held at the Powell Funeral Home, North English, Iowa on Friday, Oct. 4. In lieu of flowers, the family favors memorials to: the March of Dimes or the Muscular Dystrophy Association. Online condolences may be expressed at PowellFuneralHomes.com.
Donald was born in Washington, Iowa on October 18, 1947 to Elmer and Leona Glanz. Most of his life was spent in Kinross and later in Iowa City. He graduated from English Valley High School in 1967. In 1975, he was hired as an injection molding operator at Lear in Iowa City. Zinger, as he was dubbed by his co-workers, was famous for his "I Love My Job" shirt. For a few years, he spent much of his vacation time canvassing for the March of Dimes, for which he received various #1 awards. He retired in 2009. In 2012, Donald moved to Windmill Manor where he became the darling of the other residents there.
Donald loved following all the major sports, especially the Iowa Hawkeyes and the St. Louis Cardinals. He also had a fondness for animals. He enjoyed spending time with family and friends. He also enjoyed frequent karaoking to the golden oldies and did extensive traveling across the USA. Donald had a heart of gold and believed that life should be lived to its fullest.
Those left honoring his memory: brother John (Cindy) Glanz of Alton, IA and sisters Barbara (James) Schreffler of Woodbury, NJ and Betty (Tom) Sadowski of Denton, TX, many nieces and nephews as well as countless friends.
Donald was preceded in death by his parents and brothers, George and Robert.

To order memorial trees or send flowers to the family in memory of Donald Dean Glanz, please visit our flower store.