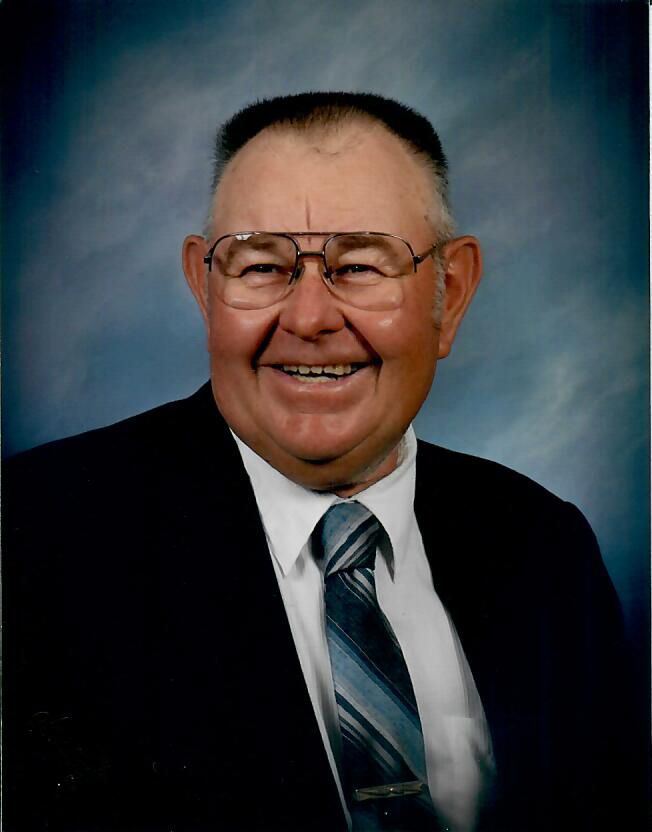 Keota- Donald Joseph Hahn was born March 5, 1929 in Keota, Iowa the son of Peter Paul "P.P." & Catherine Mary (Pollmiller) Hahn. He graduated from Keota High School and served as a Sgt in the US Air Force during the Korean War. On May 29, 1954 Don was united in marriage to Vada Ruth Guy in Keota. Except for his time in the Air Force, he was a lifetime resident of the Keota community. Don was a member of Holy Trinity Parish- St. Mary Catholic Church in Keota. He served over 30 years on the St. Mary's Cemetery committee, served on the Keota/Harper Catholic School board and was an active Farm Bureau member serving on many committees. He served on the Washington Co. Soil and Water Conservation District Board for 30 years and was awarded Outstanding Assistant Soil Commissioner in the state of Iowa. He also served 13 years on the East Central Iowa Council of Governments. He was a member of the Red Power Club and the Knights of Columbus. Don collected antique gasoline engines and tractors. They showed the gasoline engines all over the Midwest. Don died on Sunday, April 14, 2019 at the Veterans Affairs Medical Center in Iowa City at the age of 90 years.

He is survived by his children Mildred Hahn of St. Clair. MO, Bernice Hahn Patterson of Oskaloosa, Stephen Hahn of Keota, Theresa Hahn Weiss of Bellevue and Joseph Hahn of Ames; seven grandchildren; and four great grandchildren with another due in May. He was preceded in death by his parents, wife, a brother Kenneth Hahn and a sister Martha Walker.

Funeral Mass will be held at 10:30 am on Wednesday, April 17, 2019 at Holy Trinity Parish- St. Mary Catholic Church in Keota. Fr. Charles Fladung will preside. Burial will be in Holy Trinity Cemeteries - St. Mary Cemetery in Keota with military rites by Keota V.F.W. #4716. Visitation will be from 4:00 - 7:00 pm on Tuesday, at Powell Funeral Home in Keota, there will be a vigil service at 4:00 pm. Memorials are for Holden Comprehensive Cancer Center or Holy Trinity Cemeteries - St. Mary Cemetery. Powell Funeral Home in Keota is caring for Don and his family. Messages and tributes may be left at www.powellfuneralhomes.com

To order memorial trees or send flowers to the family in memory of Donald Joseph Hahn, please visit our flower store.