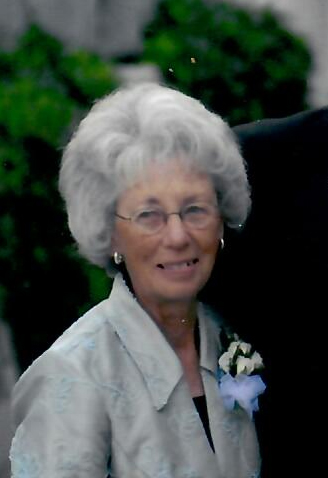 North English- Doris Jean Reinert was born January 27, 1935 near Parnell, Iowa, the daughter of Glenn Paul & Lucille (Banes) Lekin. She graduated from North English High School in 1951. Upon graduation, Doris worked at Iowa National Mutual Insurance Company in Cedar Rapids as a secretary. On May 23, 1953 Doris was united in marriage to Robert Dale Reinert at the North English United Methodist Church. They were stationed in Kentucky from 1952-1954. Afterwards they lived on a farm just off of Pigeon Road from 1955-1964, and in the fall of 1964, they moved into North English. Doris worked for Evans/Lifetouch Photography for many years and was instrumental in finishing Bob's woodworking and construction projects. Doris was a member of the North English United Methodist Church, where she served as communion steward for many years. She enjoyed quilting, gardening, attending her grandchildren's activities and searching for antique ice cream scoops. Doris died on Tuesday, January 1, 2019 at the English Valley Care Center in North English at the age of 83 years.

To order memorial trees or send flowers to the family in memory of Doris Jean Reinert, please visit our flower store.