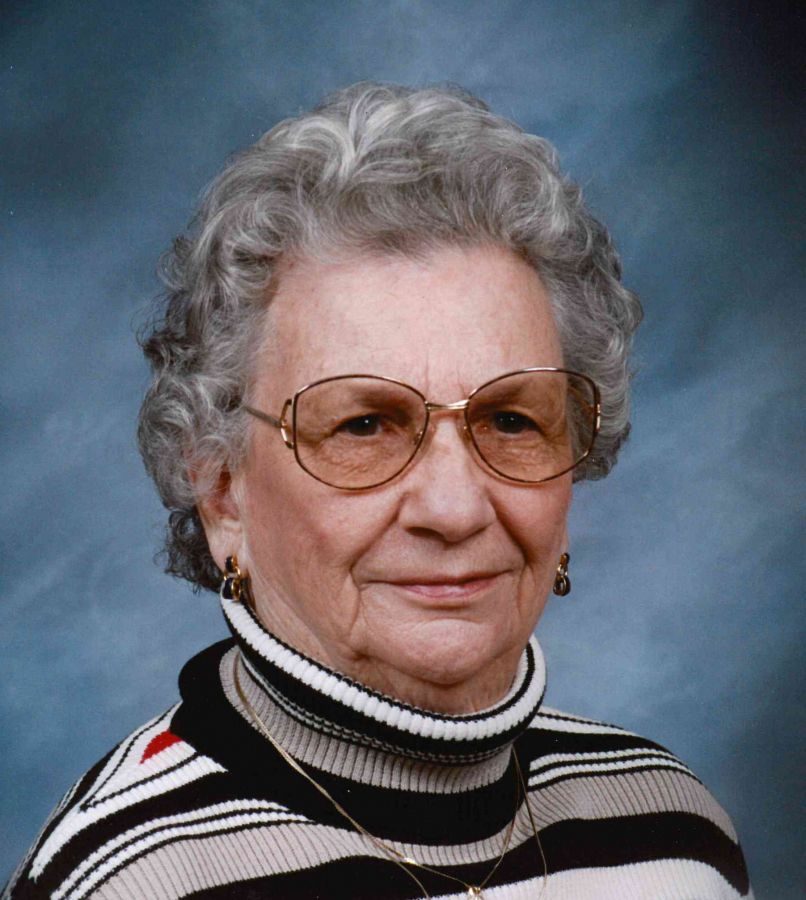 Williamsburg- Doris Marie Brown was born October 19, 1920 in Iowa City, Iowa, the daughter of Herman Orval and Oma Iowa (Stoner) Zimmerli. On May 30, 1939, Doris was united in marriage to Wayne Brown at Solon Methodist Church in Solon. She worked as a lab tech in the eye department at the University of Iowa Hospital in Iowa City for 25 years, retiring in 1982. Doris was a member of St. Paul United Methodist Church in Williamsburg. She enjoyed square dancing, sewing, knitting, crotching, quilting and camping. Doris died on Tuesday, November 3, 2020 at Colonial Manor in Amana, at the age of 100.

She is survived by a son Douglas Brown of Williamsburg; a daughter Kim Brannaman of Cedar Rapids; three grandchildren Jerry Brown of Williamsburg, Drew Martinson of Davenport and Kasey (Scott) Szopinski of Hazelton; three great grandchildren Wyatt, Emma and Garrett Szopinski. She was preceded by her parents; husband; a brother Herman "Zip" Zimmerli, daughter-in-law Mary Brown and a great grandson Hayden Szopinski.

Celebration of Life Service will be 1:30 pm on Thursday, November 5, 2020 at the Powell Funeral Home in Williamsburg. Visitation will be Thursday from 12:30 to service time. Burial will be at Memory Gardens in Iowa City. Messages and tributes may be left at www.powellfuneralhomes.com.

To order memorial trees or send flowers to the family in memory of Doris Marie Brown, please visit our flower store.