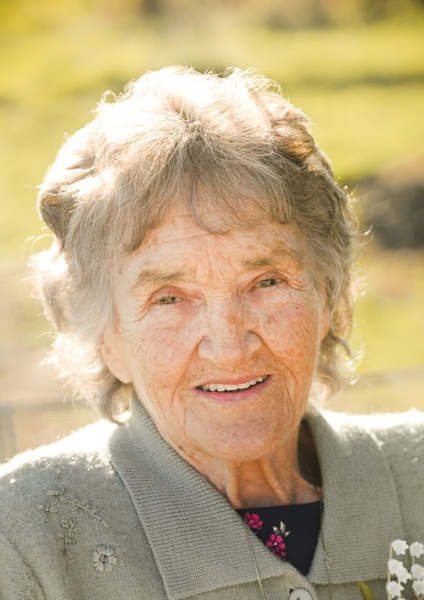 Williamsburg- On December 19, 2019, heaven opened its gates to receive our beloved Dorothy Ann Donahue into her eternal reward. She was born April 28, 1928, in Cedar Rapids, Iowa; the daughter of Charles and Mary Emma (Krafka) Kucera. She graduated from Parnell High School and received her B.A. in Music from Nazareth College, Nazareth, KY. and then taught music in Deep River and Millersburg. Dorothy was united in marriage to John Joseph Donahue on November 8, 1956 at St. Joseph Catholic Church In Parnell. Together, they raised seven children on their farm. Dorothy was a woman of strong faith, and her main devotion was to know and honor her Lord and Savior, Jesus Christ. She found beauty and deep purpose in His creation, using her artistic eye to design beautiful displays of floral landscapes throughout her life. She loved plants and was ahead of her time in gardening; she was organic before organic was cool and was Pinterest before the internet! :)

Her other main avenue of worship was her music. A strong calling was to use her music for praise and adoration. She spent years teaching piano, played the organ at church for 70+ years, played for numerous events and weekly at nursing homes. She spent seventeen years caring for her husband after he had a stroke. After his death in 2007, Dorothy challenged herself at the age of 81 to use a computer for the first time so she could record, arrange, mix and digitize her own musical compositions; her legacy. Her drive was fueled by a desire to leave behind music that would lead listeners to God. It was important to her to remain humble in her gifts. However, anyone who saw and heard her play, knew she had tremendous skill and talent. Her musical journey doesn't end here, to follow and obtain updates on her music you can follow her facebook page: Dorothy Donahue.


Second to her love of God, was her love of family. She devoted her prayers and life to them. She passed away at Mercy Hospital in Iowa City at the age of 91 with her family by her side.


Funeral Mass will be 10:00 am Monday, December 23, 2019 at St. Mary's Catholic Church in Williamsburg. You are welcome to wear light pink or florals in honor of Dorothy. Burial will be at St. Michael's Cemetery in Holbrook. Visitation will be Sunday from 2:00 to 6:00 pm at the Powell Funeral Home in Williamsburg. There will be a prayer service at 1:30 Sunday. A general memorial fund has been established.

To order memorial trees or send flowers to the family in memory of Dorothy Ann Donahue, please visit our flower store.