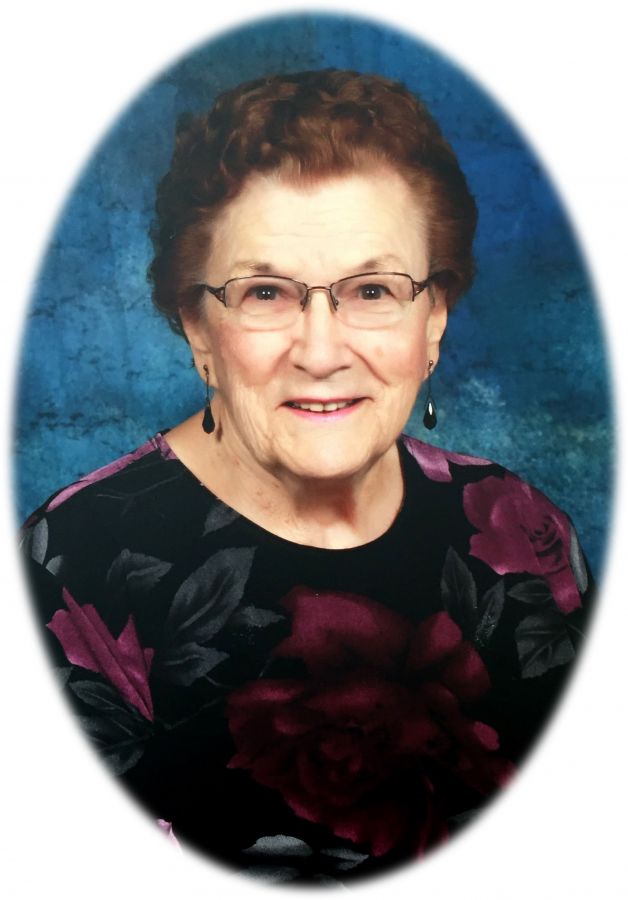 Eileen Spratt Grooms was born in Cosgrove, Iowa on April 17, 1925 daughter of William and Barbara (Tomash) Quinlan and passed peacefully on March 20, 2019 in Boulder, Colorado at the age of 93.
"You know, I'm in pretty good shape for the shape I'm in". This was Eileen's favorite saying in her later years. Determination, faith, and perseverance defined her life. She never let anything stop her, whether it was leaving life on the farm in Iowa after high school to work as a teletype operator in Washington, D.C., Chicago, Los Angeles, and Hawaii; or getting married to a Marine (Gerald Spratt) and traveling the world with him after World War II. She rebounded from his death in 1970 and moved from California to Colorado. She started and later sold her own Sears Catalog Store in Brush, Colorado. She moved to Akron, Colorado and became an Aflac Insurance Agent for over 30 years. She married another marine, Leonard Grooms in 1982. Following his death in 2011 she moved to Boulder, Colorado to be near her son.

She loved cooking and entertaining, whether for her family from Iowa, friends on the eastern plains of Colorado, or her son and family. She was an accomplished weaver, quilter, salsa maker and gardener. It was hard to believe that she and Leonard built a beautiful home with their own hands while they were in their 60s!

Travel was always an important part of her life as she lived in Oslo, Norway and traveled Europe in the 1950s. She and Gerry moved around the United States from North Carolina to California. She loved traveling with her sister, Rose Ann and husband, Francis; to Norway, Great Britain, Alaska and other destinations.

A strong Catholic all her life, she is now in heaven with her Maker.

Donations to Catholic Charities at ccdenver.org/ways-to-give.
Funeral Mass will be at St. Mary's Catholic Church in Oxford, IA on Saturday, April 6, 2019 at 10:30am. Visitation will be from 9:30 am until service time. Burial will be at St. Michael's Cemetery in Holbrook. Luncheon follows at St. Michael's Hall after burial.
A memorial mass at St. Joseph's Catholic Church in Akron, CO on May 7, 2019 at 10:30am. Powell Funeral Home in Williamsburg is caring for Eileen and her family. Messages and tributes may be left at www.powellfuneralhomes.com.

To order memorial trees or send flowers to the family in memory of Eileen Spratt Grooms, please visit our flower store.