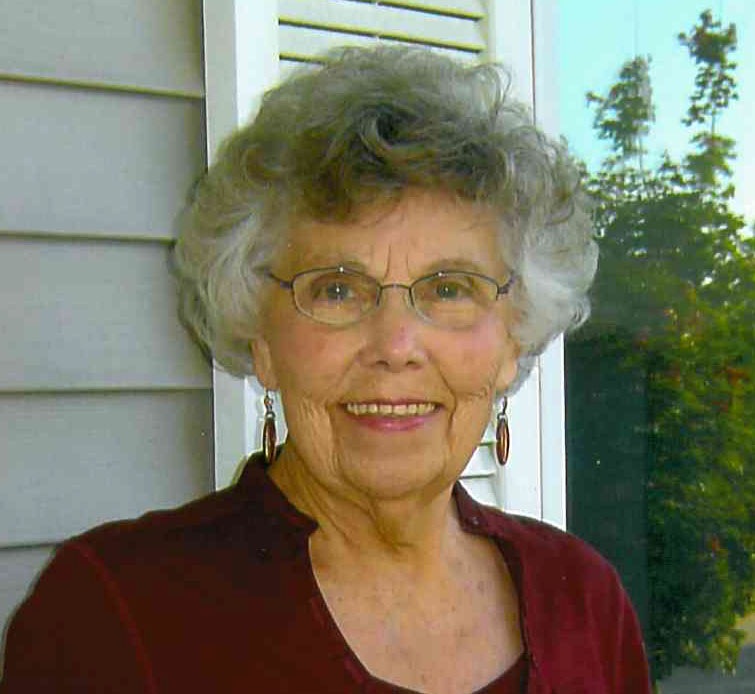 Elaine Emma (Sandersfeld) Wardenburg passed away peacefully on Saturday, April 24, 2021 at Highland Ridge in Williamsburg at the age of 90.
Elaine was born September 6, 1930 in Williamsburg to Millen F. and Emma A.L. (Schwarting) Sandersfeld. She was baptized on September 28, 1930 and confirmed on May 28, 1944 at Immanuel Lutheran Church. Elaine attended Immanuel Lutheran School and graduated from Williamsburg High School in 1948. She was united in marriage to Orville H. Wardenburg on September 11, 1949 at Immanuel Lutheran Church.
In addition to being a devoted wife and mother, Elaine worked as a secretary at St. Paul Lutheran Church, a cook at Sport Hill Country Club, and spent many volunteer hours with her beloved church in many different capacities. Elaine's childhood taught her many skills including sewing, baking, and a love for music and dancing; she used these skills throughout her life as she sang in her church choir and sewed prom, wedding, and bridesmaid dresses for family and other members of her community. She was passionate about baking and catered countless weddings and events over the years. In 1994, Elaine and her sister Joan opened Emma's Tea Room on the square in Williamsburg where they shared their talent and love for home cooked food. She was instrumental in starting the Farmer's Market in Williamsburg where she would quickly sell out of her well known butterhorns and desserts.
Elaine is survived by her children: Kenton (Marcy) Wardenburg of Williamsburg, Sherri (Roger) Steffen of Cedar Rapids, Janel (Mike) Staton of Iowa City, and Aron (Angie) Wardenburg of Coralville; 9 grandchildren, 12 great grandchildren; and a sister Joan (Harlan) Heitman of Sioux Falls. She was preceded in death by her parents, husband Orville, brothers Vern (Pat) Sandersfeld and Louis (Helen Sandersfeld), two sisters Phyllis (Delmar) Iburg and Evelyn (John) Gerard, a granddaughter Tara Wardenburg, and a daughter Sarah Wardenburg.
Celebration of Life Service will be 10:30 am Wednesday, April 28, 2021 at the St. Paul Lutheran Church in Williamsburg. Burial will be in St. Paul Lutheran Cemetery. Visitation will be Tuesday, from 4:00 to 7:00 pm at the Powell Funeral Home in Williamsburg. There will be a VFW Auxiliary Service at 6:30 pm on Tuesday. A memorial fund has been established for the Lutheran Interparish School or St. Paul Lutheran Church. Messages and tributes may be directed to www.powellfuneralhomes.com

To order memorial trees or send flowers to the family in memory of Elaine Emma Wardenburg, please visit our flower store.