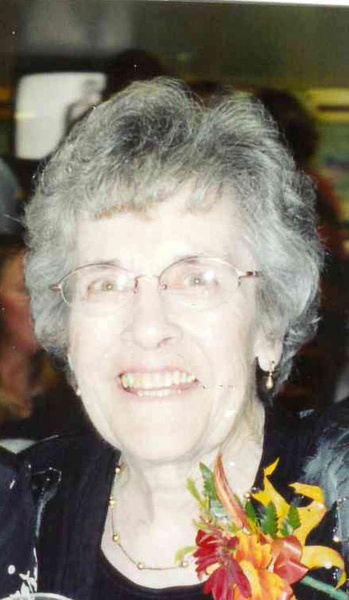 Williamsburg- Elizabeth Ann Stanerson was born July 18, 1928, in Cedar Rapids, Iowa. The daughter of George T and Frances (Cronbaugh) Kibler. She grew up in Marengo and graduated from Marengo High School in 1946. Liz was united in marriage to Harold Stanerson on December 28, 1947 in Marengo. To this union they were blessed with four sons. They farmed and lived a mile east of Conroy. Harold died in 1965. Liz moved to Cedar Rapids in 1980. She moved to Williamsburg in 2000. Liz was a member of the First Lutheran Church north of Conroy, the Red Hats, Ashley Chapter of Daughters of American Revolution, Iowa County Historical Society, charter member of the Iburg Poulson VFW #8797Auxiliary, Iowa County Heartland Quilter, and a charter member of the Cedar Rapids East Iowa Heirloom Quilters. She enjoyed playing cards, going for a drive, quilting and spending time with friends and family. Liz passed away on Sunday, November 22, 2020 at the Highland Ridge Care Center in Williamsburg at the age of 92.

She is survived by two sons, John (Eileen) Stanerson of Surprise, AZ and David (Susie) Stanerson of Conroy; seven grandchildren, Quentin (Nikki) Stanerson, Sara (Jason) Hocker, Shelon (Brett) Wilson, Vlonda (Nick) Nunemaker, Vlisha (Steven Fuentes) Stanerson, Vanessa Stanerson and Megan (Luc Scott) Smith; 13 great grandchildren and a daughter-in-law, Linda Stanerson. She was preceded in death by her parents, husband, two sons Philip Stanerson and James Stanerson, two brothers George Kibler and Philip Kibler and a sister Phylis Shedenhelm.
A private family graveside will be held at the First Lutheran Cemetery north of Conroy. A memorial fund has been established for the First Lutheran Church or the Holden Comprehensive Cancer Center at the University of Iowa Hospital and Clinics in Iowa City. Powell Funeral Home in Williamsburg is caring for Liz and her family. Messages and tributes may be directed to www.powellfuneralhomes.com

To order memorial trees or send flowers to the family in memory of Elizabth Ann Stanerson, please visit our flower store.