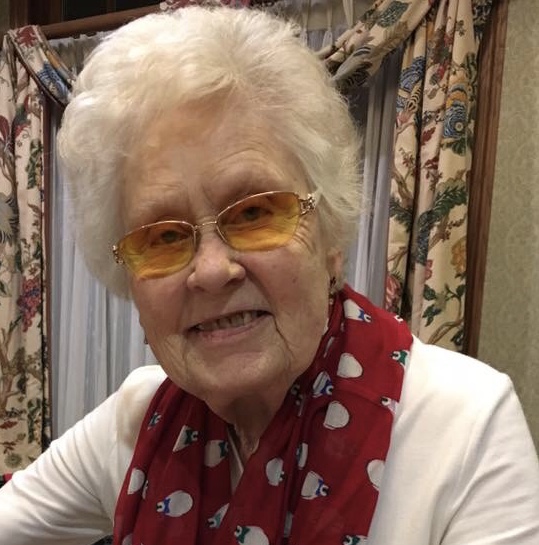 Williamsburg- Frances Baker Carroll was born June 30, 1927, in Fremont, Iowa the daughter of Henry and Ruth (Pendarvis) Krusemark. She graduated from Cedar High School, Cedar, Iowa in 1944 and attended American Institute of Business (AIB) in Des Moines. Frances was united in marriage to Howard D. Baker, Jr., of Cedar on Thanksgiving Day 1946. They lived and raised their family in Waterloo until his death in 1978. Frances later was united in marriage to Paul W. Carroll, Jr., of Davenport in 1983. They made their home in Davenport together for 24 years until Paul's death in 2007. France remained in Davenport until 2013 when she moved to Highland Ridge in Williamsburg. She enjoyed entertaining, volunteering, doing needlework and being active in her church and communities. She also was a member of the Republican Women, Catfish Jazz Society and the St. Paul United Methodist Church in Williamsburg. Frances passed away on Friday, December 21, 2018 at the University of Iowa Hospitals and Clinics in Iowa City at the age of 91.

Celebration of Life Service will be 10:30 am on Saturday, December 29, 2018 at the St. Paul Untied Methodist Church in Williamsburg. Visitation will be from 9:00 am until service time at the church. Burial will be at Waterloo Memorial Park Cemetery. A memorial fund has been established for the American Diabetes Association. Powell Funeral Home in Williamsburg is caring for Frances and her family. Messages and tributes may be left at www.powellfuneralhomes.com.

To order memorial trees or send flowers to the family in memory of Frances Baker Carroll, please visit our flower store.