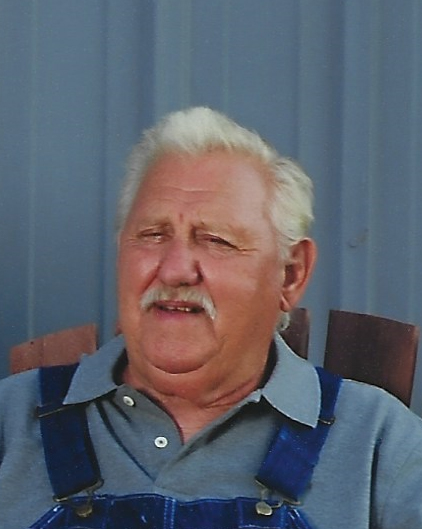 HEDRICK-Gary Messerschmitt, age 79, of Hedrick, died Wednesday, September 16, 2020, at his home.
Gary was born January 17, 1941, in Ottumwa, to Harry and Frances (Lynn) Messerschmitt. He attended school in Martinsburg and Hedrick before graduating from Farson High School in 1960. On July 2, 1961, he married Connie Showman in Sigourney. Gary served in the U.S. Army from 1961 until 1964. He worked as a mechanic, shop foreman and driver for Dickey Transport for 39 years. Gary was a Ham radio operator, call sign KE0HG, since 1973 and had earned his extra class license. He was also a member of the Hedrick American Legion and enjoyed NASCAR, especially Mark Martin, Iowa Hawkeye sports, the Chicago Bears and music.
Survivors include his wife: Connie of Hedrick; three children: Paula (Shannon) Messer of Fairfield, Michael (Lavada) Messerschmitt of Martinsburg and Willy (Loretta) Messerschmitt of Martinsburg; eight grandchildren: Marisha, Ashley, Erin, Cody, Kendra, Jamison, Alex and Abi; 11 great grandchildren; brother: Richard "Dick" (Judy) Messerschmitt of Hedrick and two sisters: Mary Lou (James) Conger of Ollie and Joyce (Dave) Davis of Wisconsin. He was preceded in death by his parents.

Memorial visitation will be from 10:00 a.m. until 1:00 p.m. on Saturday, September 19, 2020, at Powell Funeral Home in Sigourney. Mask usage and social distancing are strongly encouraged. Military rites by the Arndt-Bollin-Stubbs American Legion Post #83 will be held at 2:00 p.m. on Saturday at Gary's home.

A memorial fund has been established for the Arndt-Bollin-Stubbs American Legion Post #83. Powell Funeral Home and Cremation Service in Sigourney is caring for Gary and his family. Tributes may be made at www.powellfuneralhomes.com.

To order memorial trees or send flowers to the family in memory of Gary Messerschmitt, please visit our flower store.