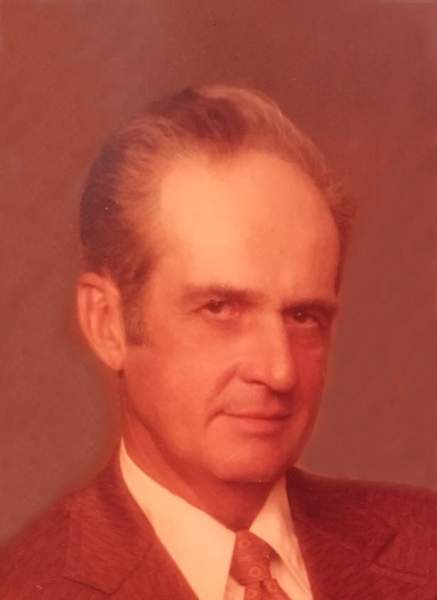 WEST CHESTER-Gerald DeLong, age 90, of West Chester, died Friday, August 16, 2019, at the McCreedy Home in Washington.
Gerald was born October 23, 1928, in Washington, IA, to Milo and Mae (Strait) DeLong. He graduated from West Chester High School in 1946 and Washington Junior College in 1948. Gerald was a star athlete for West Chester High, with the football team winning three championships under his leadership. On May 13th, 1949, Gerald married his high school sweet heart Joye Wright at the United Methodist Church in West Chester. The couple owned and operated the DeLong Lumber Company where Gerald worked for 54 years. Gerald was a member of the West Chester United Methodist Church and was a contributing West Chester columnist and correspondent for the Washington Evening Journal and Keota Eagle for several years. He enjoyed family genealogy, West Chester historical work, conversations over a morning coffee, and serving customers throughout his tenure at the lumber company.
Survivors include three grandsons and two granddaughters: Bradley DeLong of Albuquerque, New Mexico, Brian DeLong of Bloomington, Indiana, Ben DeLong of Des Moines, Iowa, Kelly Sorenson of Newton, Iowa and Tess Stein of Des Moines; seven great grandchildren, and daughter-in-law Kathy DeLong. He was preceded in death by his wife: Joye and three sons: Mark, Michael and Jeffrey.

A general memorial fund has been established. Powell Funeral Home and Cremation Service in Keota is caring for Gerald and his family. Tributes may be made at www.powellfuneralhomes.com.

To order memorial trees or send flowers to the family in memory of Gerald DeLong, please visit our flower store.