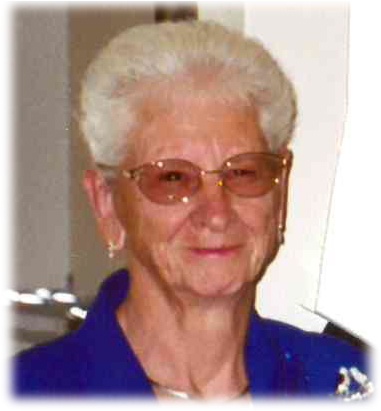 Williamsburg- Gertrude Helen Gibson was born July 14, 1924 near Sigourney, Iowa, the daughter of Paul and Helen (Marshall) Clubb. She attended rural school near Sigourney. Gert was united in marriage to Roy Eugene "Hoot" Gibson on September 3, 1943 in Oskaloosa, Iowa. She helped Hoot on the farm and later worked for Amana Refrigeration for over 18 years. She enjoyed square dancing, traveling, quilting and spending time with family. She volunteered for the blood drives and helped make the merry monkeys. Gert was a member of the St. Paul United Methodist Church in Williamsburg and the Iburg Poulson VFW Post #8797 Ladies Auxiliary. Gert passed away on Friday, October 16, 2020 at the Highland Ridge Care Center in Williamsburg at the age of 96.

She was preceded in death by her parents, husband Hoot, a sister. Julie Ann Hammes and four brothers, Ray, George, Bill and Bobby Clubb.

Private family celebration of life service will be Tuesday, October 20, 2020 at the Powell Funeral Home in Williamsburg. Burial will be at Oak Hill Cemetery. Messages and tributes may be left at www.powellfuneralhomes.com

To order memorial trees or send flowers to the family in memory of Gertrude Helen Gibson, please visit our flower store.