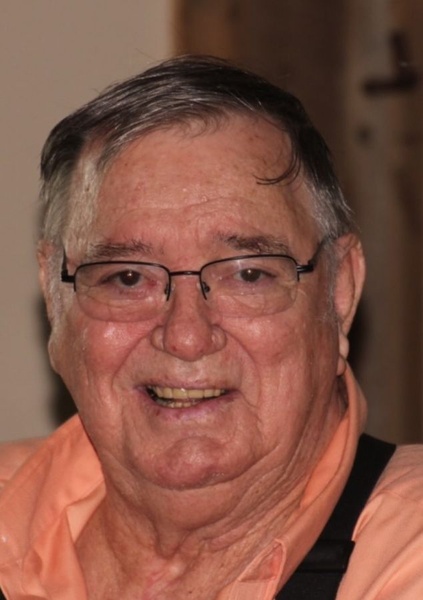 December 17, 2021
KEOTA - Gordon E. Horras, age 87, died Wednesday, December 15, 2021, at the Keota Health Care Center following complications of a heart attack.
Gordon was born February 13, 1934, in Clear Creek Township, the son of Albert "Bud" and Agnes (Hammes) Horras. He attended elementary school at Ss. Peter and Paul Catholic School in rural Harper and graduated from Keota Community High School in 1952.
In 1963 Gordon and his friends frequently visited the student nurses at their closely supervised dorm at St. Joseph's Hospital in Ottumwa, and there he met Sheila Thomas from St. David, Illinois. They were married on Sept. 4, 1964, at Gordon's parish of Ss. Peter Paul Catholic Church. Gordon's family were pioneer founders and generational members of that church in Clear Creek Township until it's closure in 2006.
He lived and farmed with his brothers in Clear Creek Township all his life until retirement, when he left the farm for town living in Keota in 2002. Farming was his passion, and always in his thoughts. He made frequent daily phone calls to his sons as he fulfilled the role of "armchair director of operations" in their farming business.
He served on many boards and committees in his lifetime, most notably the Keokuk County Bank Board for many years. He enjoyed Nascar racing, trips around the farm, and playing BINGO with his grandkids. In his early years he was an exceptional dancer and enjoyed calling square dances.
Gordon and Sheila enjoyed travel to many exciting places, a hobby that lives through their children today. There is currently a search to find the small handled liquor bag/cabinet Gordon never left behind on overnight trips, and he was the only one that was allowed to carry it into the hotel!
Survivors include his wife: Sheila Horras (Keota), five children: Lisa Brenneman of Keota; Patricia Driscoll (Chris) of Bridgewater, New Jersey; Carol (Jason) Ganoe of Cary, North Carolina; Dan (Jeannie) Horras of Keota and David (Cherie) Horras of Brighton; 13 grandchildren, three brothers: Leland, Terry and Jerome and five sisters: Shirley Fieweger, Kathy Horner, Connie Kelly, Bonnie Pechman and Mary Beth Bohr. He was preceded in death by his parents and son-in-law, Gene Brenneman.

Funeral service will be held at 4:00 p.m. on Monday, December 27, 2021, at Ss. Peter and Paul Church of Clear Creek with Pastor Frosty Van Voorst officiating. The service will also be livestreamed on the Powell Funeral Home facebook page. Burial will be at a later date. Visitation will be from 2:00 p.m. until 4:00 p.m. on Monday at the church.

A memorial fund has been established for Ss. Peter and Paul Heritage Association and Keota Health Care Center. Powell Funeral Home and Cremation Service in Keota is caring for Gordon and his family. Tributes may be made at www.powellfuneralhomes.com.

To order memorial trees or send flowers to the family in memory of Gordon E. Horras, please visit our flower store.