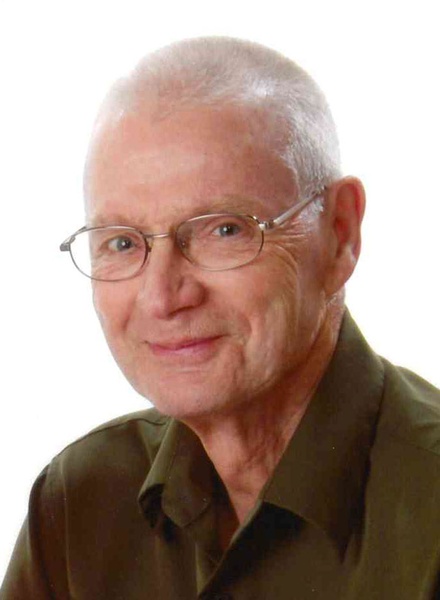 Guy was born May 18, 1934, in Balsam Lake, Wisconsin, the son of Percy Leon and Pearl Lillian (Beedle) Ogilvie. After graduating from high school, Guy enlisted in the Navy where he served 8 years including 4 on the USS Midway. On May 24, 1958, Guy was united in marriage to Ardis Jacobson in Taylors Falls, Minnesota. The couple had lived in the Mount Pleasant community since 1974. Guy used the experience he gained from working in boiler rooms in the Navy and furthered his training to become a Boiler Inspector for insurance companies. He was a member of the Faith Lutheran Church, former congregational president, and enjoyed being a youth group leader with Ardis. Guy loved doing yardwork or finding a project to remodel; most of all, he loved attending his grandchildren’s activities.

He was preceded in death by his parents, wife Ardis, and brother Leon Ogilvie.

Funeral service will be held at 10:30 a.m. Thursday, July 7, 2022, at the Faith Lutheran Church in Mount Pleasant. Pastor Mike Scudder will officiate. Burial will follow in the Pleasant Hill Cemetery. Military Rites will be conducted by the Henry County Honor Guard. The funeral service will be livestreamed on Powell Funeral Homes Facebook page and at www.powellfuneralhomes.com. Visitation will be held from 4:00 – 7:00 pm, Wednesday, July 6, 2022, at the Olson-Powell Memorial Chapel, where the family will be present to greet friends. Memorials may be directed to the Alzheimer’s Foundation. Olson-Powell Memorial Chapel is caring for Guy and his family.

To order memorial trees or send flowers to the family in memory of Guy E Ogilvie, please visit our flower store.