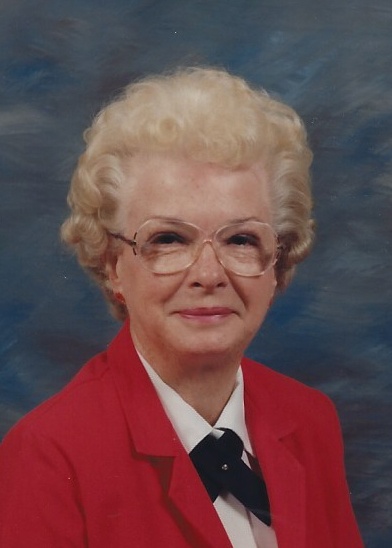 Helen Ruth (Laraway) Tanke was born June 27, 1928 to Alexander and Eva (Mason) Laraway of Morrisville, Vermont. She attended grade school in Morrisville. She moved to Cuyahoga Falls, Ohio where she lived with her Aunt Laura and Uncle Ed Bachtel. They moved to Cedartown, Georgia, where she graduated high school in 1947. Helen was united in marriage to Leroy H. Tanke on June 26, 1947 at Cedartown. In April 1949 they moved to Millersburg, Iowa.
Helen and Leroy owned and operated Tanke Service Station, Millersburg. She also worked part-time at Hall's Grocery Store. In 1984 they sold Tanke Service Station and Helen began babysitting. In November 2012, she moved to Williamsburg and helped at Cathy's Kiddie Cottage Day Care.
She liked caring for children especially her great-grandchildren, attending community meals, and socializing with friends, family and neighbors. She had a passion for animals. Helen enjoyed fishing and camping with her husband and being outdoors.
Helen was a member of Trinity Lutheran Church in Millersburg before transferring to St. Paul Lutheran Church in Williamsburg. She was a member of the American Legion Auxiliary of Millersburg. Sunday, September 22, 2019, at the age of 91, Helen passed away at the English Valley Care Center in North English with her loving family by her side.

She is survived by a son, Leroy Tanke, Jr of Beaverton, OR; a daughter-in-law, Cathy Tanke of Williamsburg; two granddaughters, Kevra (Joe) Hawk and Ashlee (Phillip) Trimpe all of Williamsburg; five great grandchildren, Andrew, Brody, McKenna, Maceyn and Melaina; and a sister-in-law, Marian (Lloyd) Tanke of Williamsburg. She was preceded in death by her parents; husband in 1987; siblings Lawrence, Reginald, James, Francis, and Dorothy; and a son Kevin in 2016.

To order memorial trees or send flowers to the family in memory of Helen Ruth Tanke, please visit our flower store.