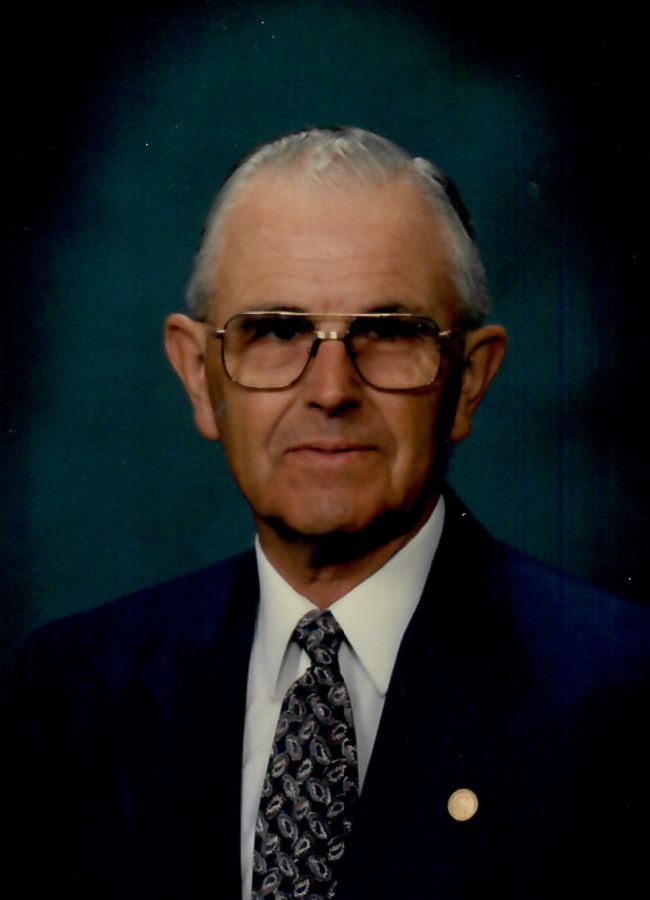 PELLA- Ivan Kenneth Edwards, age 93, of Pella, died Saturday, March 7, 2020, at Comfort House in Pella.
Ivan was born August 10, 1926 in Iowa County, Iowa, the son of Charles Andrew and Carro (Collingwood) Edwards. He graduated from Williamsburg High School in 1943 and attended Grace Seminary in Indiana. In 1944 he enlisted in the U.S. Navy. On June 4, 1954, Ivan was united in marriage to Verna Jean Grimm at Community Church near Deep River. Ivan farmed, owned and operated a small dairy operation and worked for over 35 years for Procter & Gamble in Iowa City. Ivan was a member of the Community Church, where he served as a deacon and Sunday school teacher. He served on the Iowa County Farm Bureau Board, Iowa County Republicans, Millersburg American Legion Post #521 and was a Dayton Rockets 4-H Leader for 25 years. He enjoyed trapping and fishing.
Survivors include three children: Stephen R. Edwards of Grimes, Rhea (Randy) Leete of Elk Horn and David (Gwyn) Edwards of Monroe; four grandchildren: Nathan (Shannon) Leete, Jessica (Brad) Painter, Tyler Leete and Payge Edwards; two great grandchildren: Clay and Seth Painter; and a special friend Karen Kisling. He was preceded in death by his parents; wife: Verna in 2016; and a brother Edward Edwards.

A general memorial fund has been established. Powell Funeral Home and Cremation Service in North English is caring for Ivan and his family. Tributes may be made at www.powellfuneralhomes.com.

To order memorial trees or send flowers to the family in memory of Ivan Kenneth Edwards, please visit our flower store.