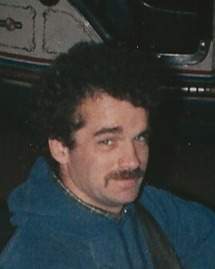 Williamsburg - James Albert McMahon was born August 11, 1959, in Maquoketa, Iowa the son of Daniel Joseph & Mary Lou (Carr) McMahon.  He graduated from Western Dubuque High School in 1978.  Jim was a welder at various places over the years.  He enjoyed watching movies and often met his mother in Cedar Rapids to go to the theater.  Jim died on Monday, November 7, 2022, at his home in Williamsburg at the age of 63 years.

Services will be held at a later date.  Powell Funeral Home in Williamsburg is caring for James and his family.  Messages and tributes may be left at www.powellfuneralhomes.com
To order memorial trees or send flowers to the family in memory of James Albert McMahon, please visit our flower store.