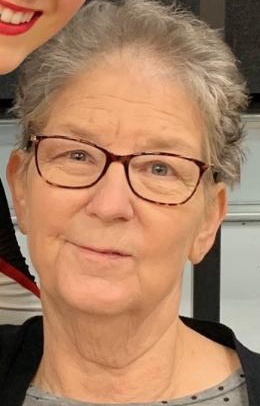 Williamsburg-Janet Lynn Clubine was born April 25 1947, in Waterloo, Iowa. The daughter of Raymond and Marion (Sackett) Ackerman. She graduated in 1965 from West High School in Waterloo. Following graduation she attended Lab Tech School and worked at Schields Dental Lab for four years. Janet was united in marriage to Delbert Clubine on August 21, 1966 in Waterloo. She has been employed as a Dental Hygienist, Magic Carpet Preschool, Dewar and Greenfield Health Food Center in Waterloo. Janet enjoyed watching her grandchildren in their many activities and enjoyed snow birding in gulf shores Alabama and long walks on the beach and watching the dolphins swim in the gulf. She was a great supporter of Williamsburg and Janesville Athletics and the Williamsburg Music. She was an Iowa State fan of volleyball and football. She was a member of St. Paul United Methodist Church in Williamsburg. Janet passed away on Sunday, July 26, 2020 at her home at the age of 73 years.

She is survived by her husband Delbert; a daughter, Denise (Dee) and husband Brian Culp of Williamsburg; a son, Chad and wife April of Janesville, Iowa; 4 grandchildren, Jackson, Kaitlyn and Kaylee Culp and Conner Clubine. She was preceded in death by her parents.

Celebration of Life Service will be 3:00 pm, Tuesday, July 28, 2020, at Powell Funeral Home in Williamsburg. Visitation will be Tuesday from 2:00 pm until service time. Please practice social distancing. Private family burial will be at the Iowa Veterans Cemetery. Memorials are for Iowa County Safe Haven or Essence of Life Hospice. Messages and tributes may be left at www.powellfuneralhomes.com.

To order memorial trees or send flowers to the family in memory of Janet Lynn Clubine, please visit our flower store.