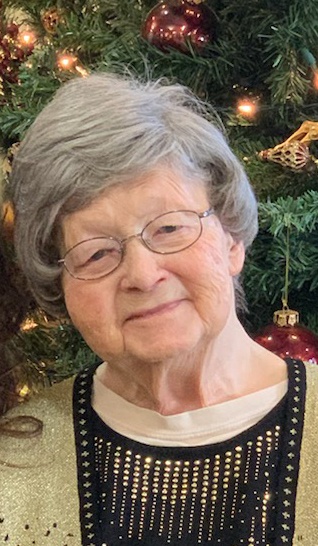 Williamsburg- Jean Frances Carter was born December 20, 1924, in South English, Iowa. The daughter of Oscar and Alma (Brower) Brubaker. She worked for the North English Cremery until Jean was united in marriage to James William Carter on January 11, 1946 in Des Moines. They lived near Parnell and Millersburg areas. They farmed near Parnell and Millersburg areas. Jean was a member of the Millersburg United Methodist Church. She enjoyed spending time with family, especially her grandchildren & great grandchildren. Sunday dinners were a cherished family tradition. Jean was an avid Hawkeye Fan & loved taking care of her kitties. Jean passed away at the University of Iowa Hospitals and Clinics on Sunday, March 1, 2020 at the age of 95 years.

Celebration Of Life Service will be held 10:30 am Wednesday, March 4, 2020 at Harvest Baptist Church in Williamsburg. Burial at Yankee Point Cemetery. Visitation will be 4:00 to 7:00 pm Tuesday, March 3 at the Powell Funeral Home in Williamsburg. A general memorial fund has been established. Messages and tributes may be sent to the family at www.powellfuneralhomes.com

To order memorial trees or send flowers to the family in memory of Jean Frances Carter, please visit our flower store.