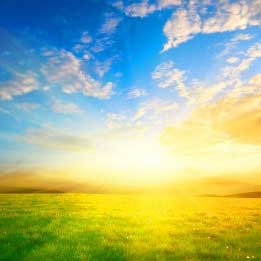 Jean was born in Paterson, N.J., on May 29, 1925, to first-generation Dutch parents Garry and Ida (Stoffels) Van Slooten. Jean lived a life full of adventure with a light-hearted spirit, being drawn particularly to the sea and beaches of Ocean Grove and Asbury Park, N.J. She moved from New Jersey to Keswick, Iowa, in 1975 to be near her son and family. She was active in her community, had a wealth of friends and enjoyed each day to its fullest.

After the passing of her parents, whom she dutifully cared for in their later years, Jean ventured out with her sister Catherine and relocated to Sun City, Ariz., for a few years in the early 1980s, enjoying an escape from Iowa winters. She would eventually be drawn back to the Hawkeye state once again to be near and support her family. Known as a voracious reader, Jean spent time feeding the ducks in her backyard, serving as a community volunteer for many great causes, and being a caretaker for her parakeets, which were her constant companions for over 70 years. With her quick wit and wry smile, Jean had the exceptional ability to keep things in perspective, laugh it up, and pass that along to others. While we will miss her terribly, our faith tells us that we will see her again and in the meantime our intention is to celebrate a life well-lived.

She was preceded in death by her parents, Garry and Ida (Stoffels) Van Slooten; sister, Catherine Harding; and brother, Garry Jr.

Interment will be held 1:00 p.m. on Thursday, January 20, 2022 at Sorden Cemetery in, Keswick, Iowa, next to her sister Catherine, in a plot chosen by them while they comically argued over who would be on which side. Powell Funeral Home in North English is caring for Jean and her family. Messages and tributes may be left at www.powellfuneralhomes.com.

To order memorial trees or send flowers to the family in memory of Jean Machado, please visit our flower store.