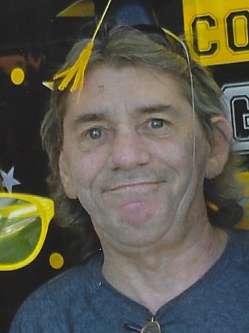 Marengo-Jeffrey Allen McBride was born July 20, 1960 in Moline, Illinois, the son of Rolland and Betty (Spence) McBride Jeff was united in marriage to Regina Ann Peterson. He enjoyed spending time with his grandchildren and being outdoors. Jeff passed away on Wednesday, February 5, 2020 at his home at the age of 59 years.

There will be a Celebration of Life Service at a later date. Powell Funeral Home in Williamsburg are caring for the family and arrangements. Messages and tributes may be left at www.powellfuneralhomes.com.

The family would like to thank Essence of Life Hospice, Amana and a special thank you for Jessica for the wonderful care that she gave Jeff and our family.

To order memorial trees or send flowers to the family in memory of Jeffrey Allen McBride, please visit our flower store.