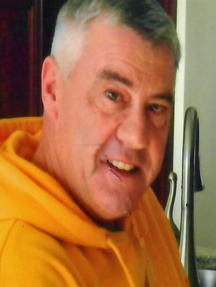 WEBSTER - Jeffrey Lynn Osweiler was born January 3, 1957, in Sigourney, Iowa, the son of Robert and Marilyn (Bickford) Osweiler. He graduated from English Valley High School in 1975. On October 22, 1977, he was united in marriage to Margaret Ann Campbell at St. Joseph Catholic Church in North English. They have lived in Keokuk County where Jeff farmed and drove a truck for Clarahan Trucking. He was a member of St. Joseph Catholic Church. He enjoyed farming, spending time with his grandchildren and cheering on the Iowa Hawkeyes. Jeff passed away suddenly on Wednesday, December 11, 2019, at the University of Iowa Hospital in Iowa City at the age of 62 years.
Jeff is survived by his wife Margaret; daughter Amy (Josh) Annis; 3 grandchildren: Olivia, Ryan and Jake all of Webster; 7 siblings: Loras (Jane) Osweiler of Conroy; Tom Osweiler of Iowa City, Kurt Osweiler of Williamsburg, Becky Osweiler Hott of Johnston, Scott Osweiler of Story City, Mary (James) Gent of Wellman, Colleen Johnston of North Liberty and numerous nieces and nephews. He was preceded in death by his parents and a sister Rhonda Osweiler.

To order memorial trees or send flowers to the family in memory of Jeffrey L Osweiler, please visit our flower store.