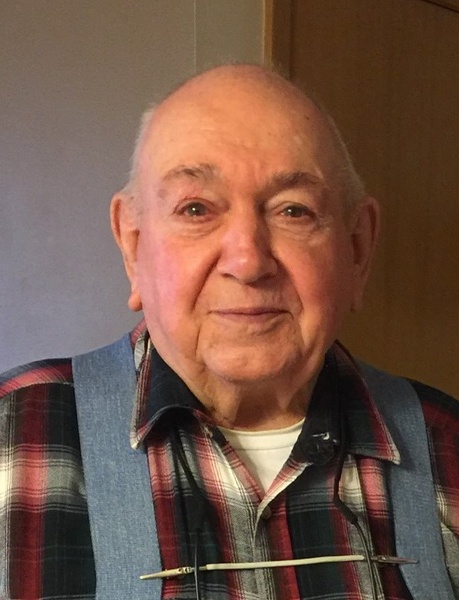 Wellman- John Mark King, Jr. was born October 7, 1931 near Wellman, Iowa, the son of John M King, Sr. and Mary (Marner) King. He spent his teen years in Wisconsin and went to Europe for 2 years before returning to the Wellman area. John Mark married Ruth Yoder in October 1957. John Mark worked with his backhoe in the surrounding communities for over fifty years. John Mark enjoyed going to new places. During his last year, he traveled to see family and talked on the phone with many friends. John Mark will go on living in eternity because his hope was in Jesus Christ, his Savior, as described in the Bible's words of life which he read daily. John passed away Wednesday, March 24, 2021 at Colonial Manor in Amana at the age of 89 years.


He is survived by his children, David (Susan) of Shenandoah, IA, Mary Lou (Parag) Adalja-King in New Canaan, Connecticut, Barb (Kevin) Thumma of Cedar Rapids and Janelle (Scott) Houge of Metamora, IL. He is also survived by his sisters, Elsie Horst of Sarasota, FL, and LoraLee (Allen) Stutzman of Stanford, MT, and 12 grandchildren and 14 great grandchildren. He was preceded in death by his parents and wife, Ruth.

A Celebration of Life Service will be held 1:30 pm Saturday, April 3, 2021 at the West Union Mennonite Church rural Parnell. Burial will be in the West Union Mennonite Cemetery. Visitation will be Saturday from 10:00 am until service time. Memorial funds will be given to Mennonite Central Committee and Mennonite Disaster Service. Powell Funeral Home is caring for John and his family. Messages and tributes may be sent to the family at www.powellfuneralhomes.com

To order memorial trees or send flowers to the family in memory of John Mark King Jr., please visit our flower store.