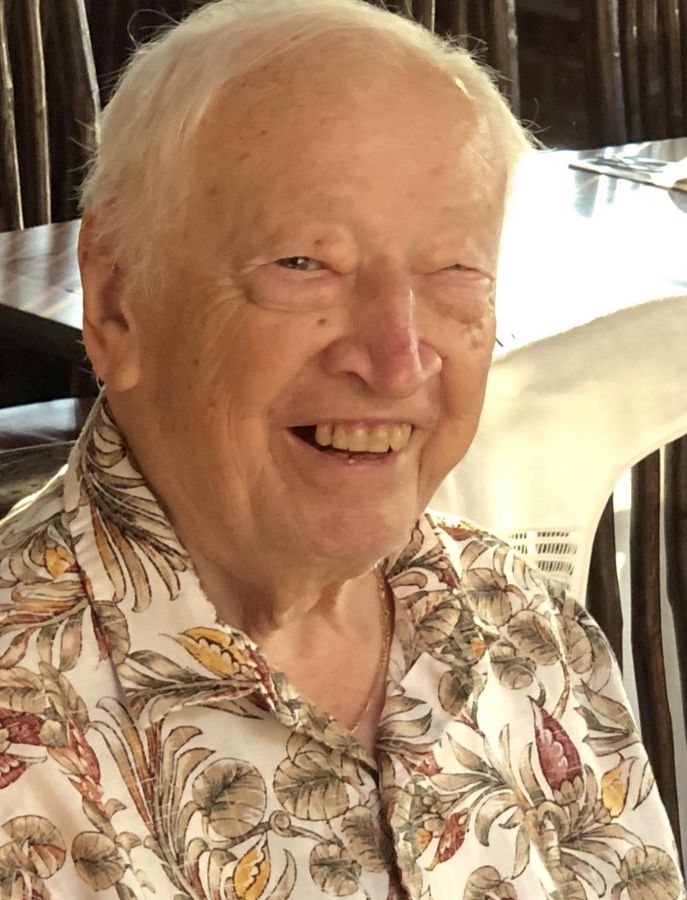 Josef Farogi was born March 26, 1929 in Neuzina Yugoslavia (present day Serbia). He attended school in Betschkerek until WW II drew near. Following WW II Josef and his family were forcibly displaced from their homes and placed in concentration camps in Yugoslavia. In 1950, he and his mother Margarete left for Pfarrkirchen, Germany where they joined his father Peter. Josef trained as a tailor in Germany and built a new life with his family until they left for America in 1955. They traveled by navy ship and arrived in New York. Following a train ride across the US, they met family in Los Angeles, CA. Once again, they started over and began a new life in Los Angeles. In August 1964, he married his beloved Erika. She too had immigrated to the US from Germany. God brought them both to Los Angeles to meet and fall in love. They moved to Downey, Ca where they raised their two children, Monika and Robert. Josef worked for many years as a tailor in the clothing industry. He was an active member of St. Stephen Church and the Donauschwabische Tanzgruppe for many years. Josef and Erika lived a happy life together until Erika became ill and passed away in 2016. When Josef's health began to decline, he moved to Iowa in 2019 to live with family. After a difficult year of health challenges, Josef passed away from cancer on January 5, 2021 in Iowa City, IA. He is survived by his children: daughter Monika Capper (Jeff), son Robert Farogi (Marina), and three grandsons: Nicholas, Brandon, and Josef. Extended family from CA includes nephew Rudy Fuchs with family, niece Evelyn Fuchs, and nephew Henry Fuchs. Family in Germany include nephew Christian, niece Julia with family, and nephew Danial with family. Josef will be deeply missed by family and friends.

To order memorial trees or send flowers to the family in memory of Josef Farogi, please visit our flower store.