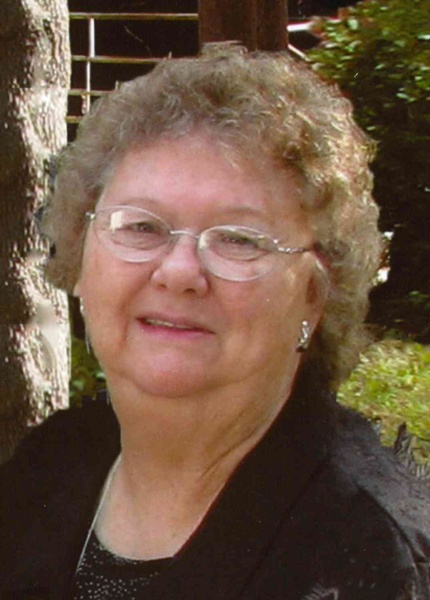 Williamsburg- June Madeline Glandorf was born June 15, 1935, in Victor, Iowa, the daughter of Willis “Earl” and Mary Margaret (Punke) Woodrum.  She grew up in Ladora and graduated from Ladora High School with the class of 1953.  June was united in marriage to Derald Arthur Glandorf on September 3, 1955 at the Immanuel Lutheran Church near Williamsburg.  She had worked for Wilson Company in Cedar Rapids, for the Amana Society and was a hostess and cashier at the Colony Haus at Little Amana.  Early in her life she enjoyed playing six on six basketball, singing in church choir and being a member of the Sweet Adelines.  Her true enjoyment was watching her children, grandchildren and great grandchildren in all their sport and 4-H events.  She and Derald enjoyed traveling to Arizona and Texas for 2-3 months in the winter.  June passed away on Saturday, May 21, 2022 at the Highland Ridge Care Center in Williamsburg at the age of 86 years.

She is preceded in death by her parents, husband, daughter Lynette and husband Patrick Donohoe, a son-in-law, Michael Jackson and a brother Dean Woodrum.

Celebration of Life Service will be 10:30 am on Saturday, May 28, 2022 at the Immanuel Lutheran Church near Williamsburg.  Visitation will be Friday from 4:00 to 7:00 pm at the Powell Funeral Home in Williamsburg.  A memorial fund has been established for the Immanuel Lutheran Church.  Messages and tributes may be directed to www.powellfuneralhomes.com.

To order memorial trees or send flowers to the family in memory of June M. Glandorf, please visit our flower store.