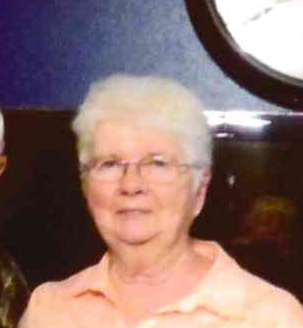 Oxford-Karen Ann White was born October 28, 1941 in Iowa City, Iowa. The daughter of Robert and Florence (Gray) Goody. She graduated from North English High School in North English, Iowa. Karen was married to Terry White and to this union they were blessed with four children. They later divorced. She has spent the last 40 plus years with her companion and love of her life Keith Lackore. Together they enjoyed traveling, especially to Louisiana. She also enjoyed quilting, playing bingo, gambling and spending time with her grandchildren. Karen died Monday, August 2, 2021 at the University of Iowa Hospitals and Clinics in Iowa City at the age of 79.

Celebration of Life Service will be 11:00 am on Wednesday, August 11, 2021 at the Powell Funeral Home in Williamsburg. Visitation will be Tuesday, August 10th from 4:00 to 7:00 pm at the funeral home. Burial will be at the Oak Hill Cemetery in Williamsburg. Messages and tributes may be directed to www.powellfuneralhomes.com.

To order memorial trees or send flowers to the family in memory of Karen A White, please visit our flower store.