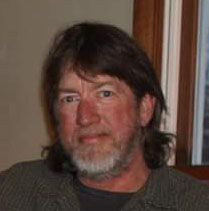 Wellman Larry Haynes was born May 16, 1965, in Auburn, Indian, the son of Wayne and Helen (Chapman) Haynes. He grew up in Auburn Indiana until moving to Wellman. Larry was a mechanic and fabricator. On April 5, 2014, Larry was united in marriage to Crystal Humble in Wellman. Larry enjoyed mowing the yard, campfires, having some beers, and youtube videos. Larry passed away Friday, February 18, 2022 at his home at the age of 56 years.

Visitation will be from 3:00 to 6:00pm Wednesday at the Powell Funeral Home in Wellman. With a time of sharing at 6:00 pm. Larry will be laid to rest with Crystal at a later date. A general memorial has been established. Messages and tributes may be sent to the family at www.powellfuneralhomes.com

To order memorial trees or send flowers to the family in memory of Larry Haynes, please visit our flower store.