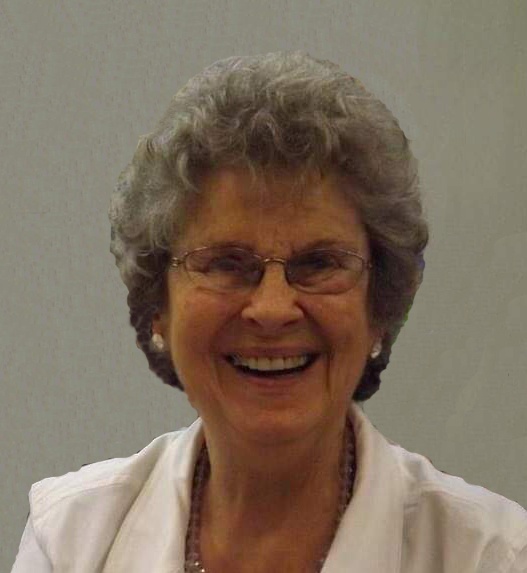 SIGOURNEY-Lois Joyce Edmundson Batchelder, age 89, of Sigourney, passed away Monday, November 30, 2020, at the Keokuk County Health Center in Sigourney.
Lois was born April 23, 1931, to Guy and Julia (Baker) Masterson, in an old leaky farm house located between the Des Moines River and the railroad tracks near Tracy, Iowa. All her young life she lived on farms and attended Tracy school where she graduated in 1948. She attended Central College and earned an Elementary Teaching Certificate. Later she received a B.A. degree at William Penn College. She began teaching in 1950. Lois taught elementary and junior high in Sigourney Schools for 28 years, Webster Schools for two years and Christian Academy in What Cheer for seven years, retiring in 1994. On June 22, 1952, Lois was married to Shorty Edmundson in a double wedding ceremony. He passed away in 1994. She spent retirement winters in Weslaco, Texas, and it was there she met Ray Batchelder. They were married in 2000. Ray died in 2015. On January 27, 1974, Lois became a Born-again Christian and spent the rest of her life living for the Lord. In Texas she was a member of the Mid-Valley Church of the Nazarene. In Iowa she was a member of Hilltop Chapel, the Keokuk County Retired School Personnel, the Red Hats and the Monday night Ladies' Bible Study. In January 2014, she helped present the Ladies' Retreat at Lancaster Church.
Survivors include her daughter: Joyce Edmundson Bowman; granddaughter: Julia Bowman; sister-in-law: Verna Edmundson; several nieces, nephews and cousins. She was preceded in death by her parents; sister: Wilma Douglas and both husbands.

Private funeral service will be held at Powell Funeral Home in Sigourney. Burial will be at Sixteen Cemetery near Thornburg. Public visitation will be from 4:00 p.m. until 6:00 p.m. Thursday, December 3, 2020, at the funeral home.

A memorial fund has been established for Hilltop Chapel or Essence of Life Hospice. Powell Funeral Home and Cremation Service in Sigourney is caring for Lois and her family. Tributes may be made at www.powellfuneralhomes.com.

To order memorial trees or send flowers to the family in memory of Lois Joyce Edmundson Batchelder, please visit our flower store.