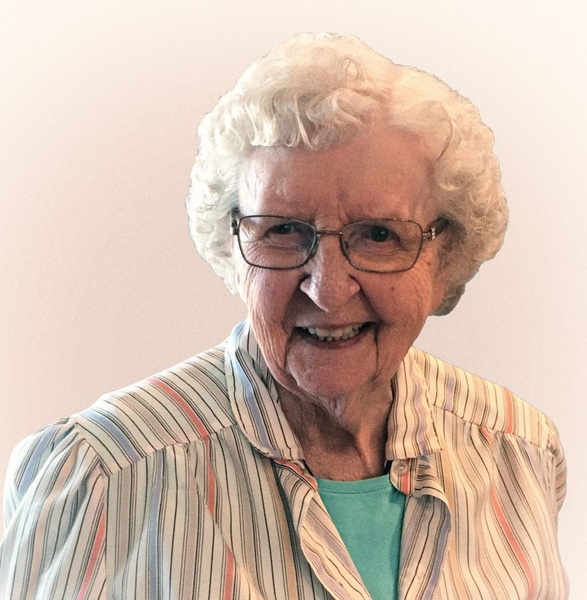 Williamsburg-Loretta Emma Anna Schlesselman was born December 12, 1930 at home near South Amana, Iowa. The daughter of Christian and Sophie (Baack) Folkmann. She attended Lutheran School in Conroy. Loretta was united in marriage to Dale Donald Schlesselman on March 23, 1951 at the Trinity Lutheran Church in Cedar Rapids. The couple lived in Fort Benning, Georgia for 1 ½ years while Dale was in the service, then they moved back to the home farm west of Williamsburg. Loretta cared for their children, helped Dale on the farm, later she worked at Seven Villages and Crest Motel. She was a member of St. Paul Lutheran Church, where she enjoyed helping with Large Print. Loretta enjoyed spending time outside, gardening, making baby quilts for her family and spending time with her family. Loretta passed away at her home with her family by her side on Tuesday, June 8, 2021 at the age of 90.

She is preceded in death by her parents, husband, a daughter Jeannie, grandson Nicholas Schlesselman, 2 sisters Florence Schaefer and Edna Schmidt and 4 brothers Clarence, Raymond, Merlin and Richard Folkmann.


Celebration of Life Service will be 10:30 on Saturday, June 12, 2021 at the St. Paul Lutheran Church in Williamsburg. Burial will be at St. Paul's Lutheran Cemetery. Visitation will be Friday from 4:00 to 7:00 pm at the Powell Funeral Home in Williamsburg. A memorial fund has been established for the Lutheran Interparish School in Williamsburg. Messages and tributes may be directed to www.powellfuneralhomes.com.

To order memorial trees or send flowers to the family in memory of Loretta E Schlesselman, please visit our flower store.