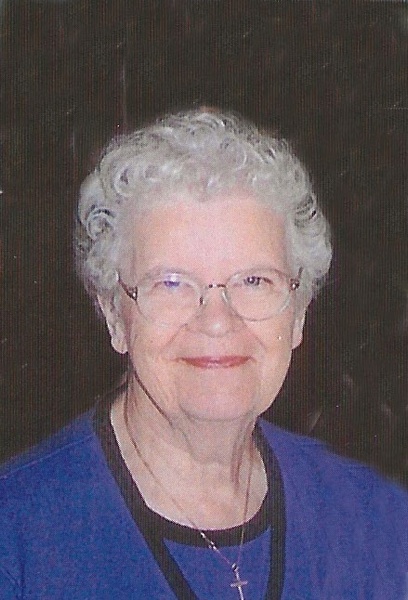 Holbrook- M. Victorine (Vickie) Malloy was born November 11, 1925, in Holbrook, Iowa. The daughter of James and Laura (Griffin) Donohoe. She attended school in Holbrook and graduated from Parnell High School. Vickie was united in marriage to James David Malloy on March 16, 1946 in Buffalo, Iowa. She was a longtime member of St. Michael's Catholic Church in Holbrook, being active in the Altar and Rosary Society and later a member of St. Mary's Catholic Church in Williamsburg. She was a member of the Democratic party, serving on the Central Committee for many years. Vickie enjoyed singing with "The Believers" in Marengo. She also enjoyed dancing, needlework, playing cards and spending time with family.
Vickie passed away on Monday, April 19, 2021 at the Highland Ridge Care Center in Williamsburg at the age of 95 years.

Funeral Mass will be held 10:30 am on Friday, April 23, 2021 at St. Mary's Catholic Church in Williamsburg. Fr. David Wilkening will officiate. Burial will be in St. Michael's Cemetery in Holbrook. Visitation will be held on Thursday from 4:00 - 7:00 pm at Powell Funeral Home in Williamsburg where there will be a prayer service at 4:00 pm. Memorials may be given to the St. Michael's Cemetery. Messages and tributes may be left at www.powellfuneralhomes.com

To order memorial trees or send flowers to the family in memory of M. Victorine "Vickie" Malloy, please visit our flower store.