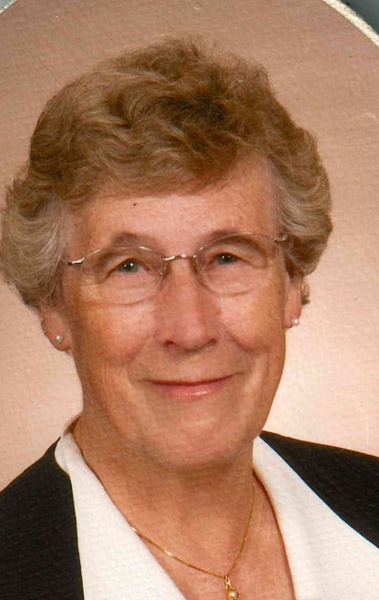 Hand delivered by a local florist

Marian Frances Taschner was born October 24, 1934 in Cedar Rapids, to Eva and Forrest Taschner.  She was an avid church-goer all her life.  Marian attended school until the tenth grade and proudly earned her GED.  As a young woman, she enjoyed her time at Collins Radio, where she was working when she met Robert.  She saw him at a roller-skating rink and asked him for a skate.  The rest is history.  Robert and Marian were married September 16, 1960 at Immanuel Lutheran Church.  They eventually built a house in Homestead, where they lived together for 45 years.  Once all the kids were in school, Marian worked at Best Western as head maid.  In later years, she attended tax school and prepared taxes for several years at Bloethe Law Office.  When she wasn’t doing that, she worked as a bank teller at Farmers Trust and Savings.  She tried to retire multiple times from both jobs, but kept being asked to come back.  In retirement, she and Robert enjoyed spending time with family and friends and attending as many of their grandchildren’s events as possible.  Marian lovingly cared for Robert in his last days so that he could die peacefully in their home.  They had been married 61 years.

Marian was a wonderful wife and mother.  There was no more important job than that to her.  Growing up, there was always something warm and yummy baking in the oven when the kids came home from school.  She was well known amongst the family for her famous chocolate chip cookies and muffins.  Besides being a great baker, Marian was everybody’s biggest cheerleader. She instilled in all of us the importance of family, a good work ethic and a strong sense of knowing right from wrong.  She never missed an event.  She was there to cheer on her children and eventually grandchildren at as many events as she could, no matter the weather.  Marian kept track of what was important to each person and always let them know how loved they were.  In her free time, she enjoyed camping with family, visiting with friends, and baking her legendary treats.

To order memorial trees or send flowers to the family in memory of Marian Frances Glandorf, please visit our flower store.