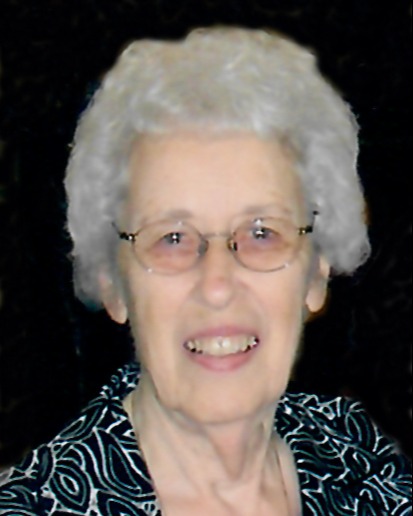 North English (A Highland Ridge Assisted Living, Williamsburg, Iowa resident for the past 5 years) - Martha "Mart" Ruth Koehn was born October 29, 1926 in Fort Madison, Iowa, the daughter of Walter Adolph & Fleta Mildred (Wayland) Siegrist. She was baptized in the Appanoose Presbyterian Church in rural Nauvoo, Illinois. Mart lived on farms near Nauvoo, Illinois and Denmark, Iowa where she graduated from Denmark Academy High School.   She was recruited to play basketball for Iowa Wesleyan College where she also sang in the choir. Martha taught elementary school in Wayland, Fort Madison and Millersburg. She was very adventurous and with summers free she traveled to Washington State to pick cherries, waitressed at Jackson Hole, Wyoming, clerked at a department store in Los Angeles, California and worked on statistics for Iowa State University in Ames.

On August 12, 1951, Martha was united in marriage to Harold Koehn at the Congregational Church in Denmark.

Martha was a hard working farm wife who enjoyed people, loved music, flower and vegetable gardening, playing softball, traveling, history and especially genealogy, where she delved into her Swiss, Austrian, Scottish and German heritage. She was proud to be a Jamestown Colony descendent.

She was very dedicated in her church serving as Sunday School teacher for 20 years, choir for 67 years and held many other positions.  She was very active in the school and community as a Girl Scout leader, band parent and the PTA. Attending her children's, grandchildren and great grandchildren's sporting and music events brought her much joy.

One of her greatest memories was traveling to Europe visiting thirteen countries while camping out with the Methodist Church group.

Martha died on Monday, November 28, 2022, at Compass Memorial Hospital in Marengo, at the age of 96 years.

Visitation will be held on Thursday, December 1, 2022 from 4:00 -6:00 pm at the Powell Funeral Home in North English. A private family service & burial will be held at a later date. Memorials may be given to the Millersburg First Responders, Foundation Fighting Blindness or Millersburg United Methodist Church. Messages and tributes may be left at www.powellfuneralhomes.com.

To order memorial trees or send flowers to the family in memory of Martha Ruth Koehn, please visit our flower store.