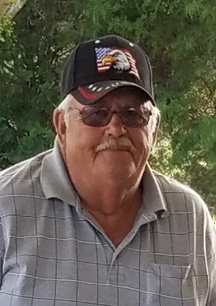 WELLMAN - Marvin "Marv" Eugene Yoder was born November 24, 1946, in Washington, Iowa, the son of Pete and Wilma (Brenneman) Yoder. He grew up in Iowa and Wisconsin, and graduated from Bruce High School. Marv served in the United States Army. On September 21, 1996, Marv was united in marriage to Alice Haines in Wellman. Marv owned and operated his own business's as a home builder, carpenter, and a truck driver, traveling all over the United States. He lived in Iowa, Wisconsin, Florida, Tennessee, and has lived in Wellman since 1992. He enjoyed the outdoors fishing, hunting, riding motorcycles, four wheelers, playing cards and spending quality time with his family. Marv died on Saturday, June 13, 2020, at his home in rural Wellman at the age of 73 years.
Marv is survived by his wife Alice of Wellman; a daughter Missy Yoder of Keota; a son Travis (Karissa) Yoder of Wellman; 9 grandchildren; 2 sisters: Mary (Dick) Wenman of Iowa City; Donna Yoder of Wellman; and numerous nieces and nephews. He was preceded in death by his parents, father and mother-in-law: Everette and Jessie Haines; and a son Shawn Butterbaugh.

To order memorial trees or send flowers to the family in memory of Marvin E. Yoder, please visit our flower store.