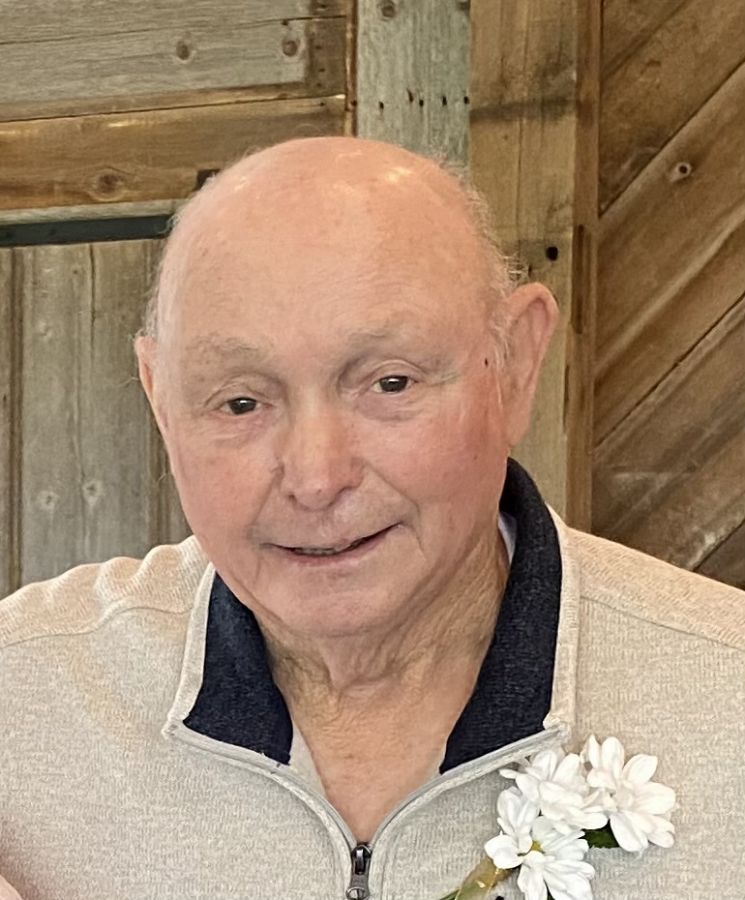 KEOTA-Marvin Francis Hammen, age 76, of Keota, died on Friday, October 22, 2021, at home in his recliner on the porch surrounded by his family, after his hard fought battle of Covid pneumonia, small cell bladder cancer, and leukemia. One of Marvin's most common expressions was "one day at a time", and that is what got him through his health challenges.
Marvin, aka "Marvo-Jarvo", was born December 28, 1944, in Harper to Leonard and Martha (Havel) Hammen, with brother Gene to welcome him home. Marvin escaped his high school shenanigans in 1963 from Mid Prairie High School. After graduation he served in the Army National Guard, before a medical discharge. He then worked for Walnut Grove and FS Feed. One of his "many" lives he survived was a broken neck. While he was in traction in the hospital for two months, a beautiful and funny woman delivered his meals. She thought he was a real pain since he would order two entrees and four cartons of milk. She joked with her coworkers about "when that Hammen would drop dead". On December 7, 1968, he married that woman from the hospital - the love of his life, Betty Lou Smith at St. Wenceslaus Catholic Church in Iowa City. He drove his 66 Chevy Super Sport. Marv and Betty farmed together with their children in the Harper and Keota area. They instilled a strong faith and hard work ethic in their children. They moved to their beloved farmstead north of Keota in 1981, where he lived until his death. He always kept everything meticulous and took great pride in making it look like a show place. He was happiest when he was out on his lawnmower, with his Busch Light and country looneytoons on the radio. He also enjoyed road tripping with his kids and good friends carrying his red cooler. After three bad years in a row of diseases in his hogs, he worked as a John Deere salesman for over 32 years in Sigourney and Washington. Marv drove John Deere, sold John Deere, and had an extensive John Deere collection. He never knew a stranger. He had the gift to gab, a zest for life, and was truly one of a kind. Marvin took pride in everything he did. He was most proud of his children and grandkids. He was a 4th Degree Knight with the Knights of Columbus and enjoyed volunteering at the fish fry suppers in Harper.

Survivors include his two daughters, Angie (Rick) Adrian and Tami (Todd) Clements all of Iowa City; grandchildren Alyssa Adrian; Tristan, Tali, and Tayden Clements; and Harley Hammen; brother Gene (Glenda) Hammen of Keota; and many nieces and nephews. Welcoming him to Heaven are his wife Betty, their son Marty, grandson Bo, and his parents.

A funeral mass will be held at 10:30 am at Holy Trinity Parish - St. Mary Catholic Church in Keota on Monday, October 25, 2021, with Father Robert Lathrop officiating. Visitation will be held from 3 to 6 p.m. Sunday, October 24, 2021, at the Church in Keota. A vigil service will be at 6:00 pm Sunday. A tractor parade will lead Marvin to his final resting place at Holy Trinity Cemeteries - St. Mary's Cemetery in Keota. A general memorial fund has been established.. Powell Funeral Home and Cremation Service in Keota is caring for Marvin and his family. Tributes may be made at www.powellfuneralhomes.com.

To order memorial trees or send flowers to the family in memory of Marvin Francis Hammen, please visit our flower store.